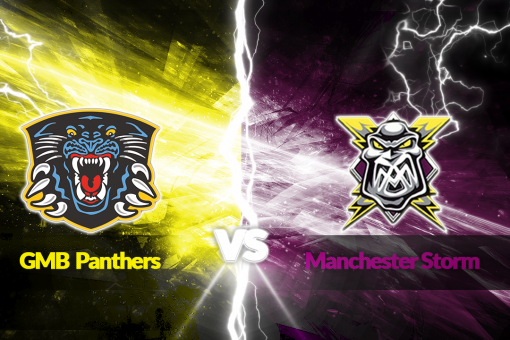 The GMB Nottingham Panthers are in home ice action on Saturday at seven o'clock against the Manchester Storm and another top game is in prospect with the visitors looking to bounce back from two defeats last weekend and the Panthers hoping to build on a double-winning outing last Saturday and Sunday. Panthers' head coach Corey Neilson said: "We won't be fooled by recent results, we know Manchester have a good team, they've got speed and skill and they've got a tough guy and they'll come in here to battle for the points. We've been working on improvements ourselves this week and we'll see where that's got us on Saturday night." There are about 1800 seats and counting available in the bowl for Saturday's game. At this stage paying on the door is a likely option but as usual we'd urge fans to buy earlier than that. Forward Logan MacMillan continues to make progress on the injury front after a X-ray revealed no fractures after he blocked a slapshot last weekend and he could still figure in the line-up this weekend. Stephen Schultz came back from injury last weekend and also continues to progress and is expected to play. Steve Lee remains sidelined.