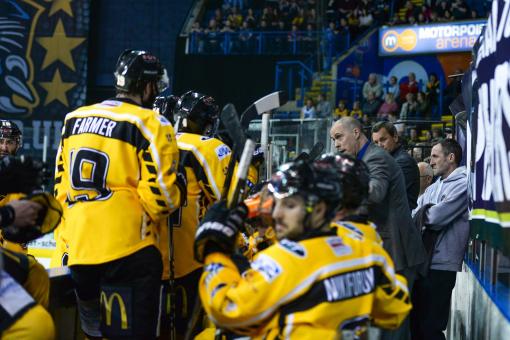 GMB Panthers’ head coach Corey Neilson pulled no punches when he told Panthers Radio (with Xynomix) he was planned a major overhaul of the roster during the summer after a season he described as “hot and cold”. He said he was very proud of the achievement of the club in winning the Continental Cup – proud of the way the club prepared, proud of the way the players played and proud to achieve something no team from Britain had ever done before. He added the Euro-adventure had its knock-on effects with injuries and domestically he agreed the Panthers were at times very good and others very cold. Looking back he said there were “some guys that didn’t work out.” “I’m not going to be too malicious but I wanted the guys to compete more…..it’s up to me to make them more accountable…there are things that need cleaning up but I’m excited to be doing that”. And he added he was heartbroken not to be at the play-off finals weekend and “a few of the guys are heartbroken too, they’re the ones we want back.” You can hear the interview right now, just click on the link on the right. Later in the week Neilson will be back on Panthers Radio looking ahead to the summer recruitment plans.