HUGE week for the GMB Panthers 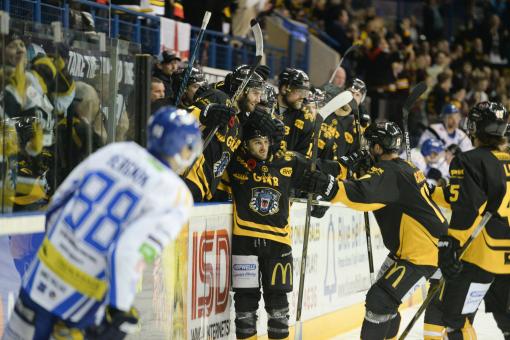 Today marks the beginning of a massive 3 game stretch for the Panthers this week. The players leave this morning to make the near 600 mile round trip to take on the Braehead Clan in the first leg of the Challenge Cup. This is followed up by a trip to Cardiff to take on the Devils Saturday night, before coming back to Nottingham to prepare for the Coventry Blaze. The Challenge Cup quarter final will decide who gets to take on the Sheffield Steelers in the Semi final, after they ran out winners over the Edinburgh Capitals. The second leg is in Nottingham next Wednesday as the Panthers look to defend the trophy that they have become perenial contenders for. The trip to table topping Cardiff is a dangerous affair but the last time the Panthers visited the Devils, it was an incredible game. Nottingham had a lead going into the third period only for the Devils to sneak the game in controversial circumstances with a hotly contested goal. It should be another classic and could become critical later in the season. Finally, Sunday sees the GMB Panthers come back home as they face the Coventry Blaze. The last fixture between the two sides saw the Panthers come out 2-1 winners in a Challenge Cup clash. This time, it is for league points with both teams in desperate need of piling on some wins. Two wins in the EIHL for the Panthers could see them their force way back into the top four. It should be a great few days of hockey and we need as many fans as possible to cheer the boys on come Sunday. Tickets can be bought through 0843 373 3000, or you can visit the box office open now until face-off. Finally you can book on line by clicking the link: www.motorpointarenanottingham.com/online/Panthers