The curtain raisers to the new ice hockey season are just days away. Aladdin Cup action faces-off on Saturday at 7pm with the visit to Nottingham of the Cardiff Devils.

This early start to the campaign will be reflected in the match night event too as certain new things are brought in gradually.

First up, we need to remind fans that following events at another venue there is a clamp down on security as both the club and the arena want everyone at Panthers’ home games to feel safe and secure.

Fans are urged to allow extra time especially at the early games this season to get to their seats. Season ticket cards are available for collection now. Anyone planning to pick theirs up on the way in on Saturday is again urged to get to the arena in plenty of time.

A club spokeswoman said: “We’ve had very positive feedback from fans. They know the why’s and wherefores behind these measures and everyone has been really supportive. 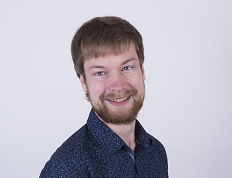 Meanwhile lots of other things remain unchanged at home games…..although announcer Ken will be missing in action this weekend and Matt Freeman from radio station Mansfield 103 will be holding the fort.

PANTHERS’ VIP desk, is again on LEVEL THREE…that’s one flight of stairs up from the foyer and one flight of steps down from the hospitality boxes. There will be a new intro video for the screens but as usual it is a work in progress and will probably not make its debut until the Elite League opener next month. 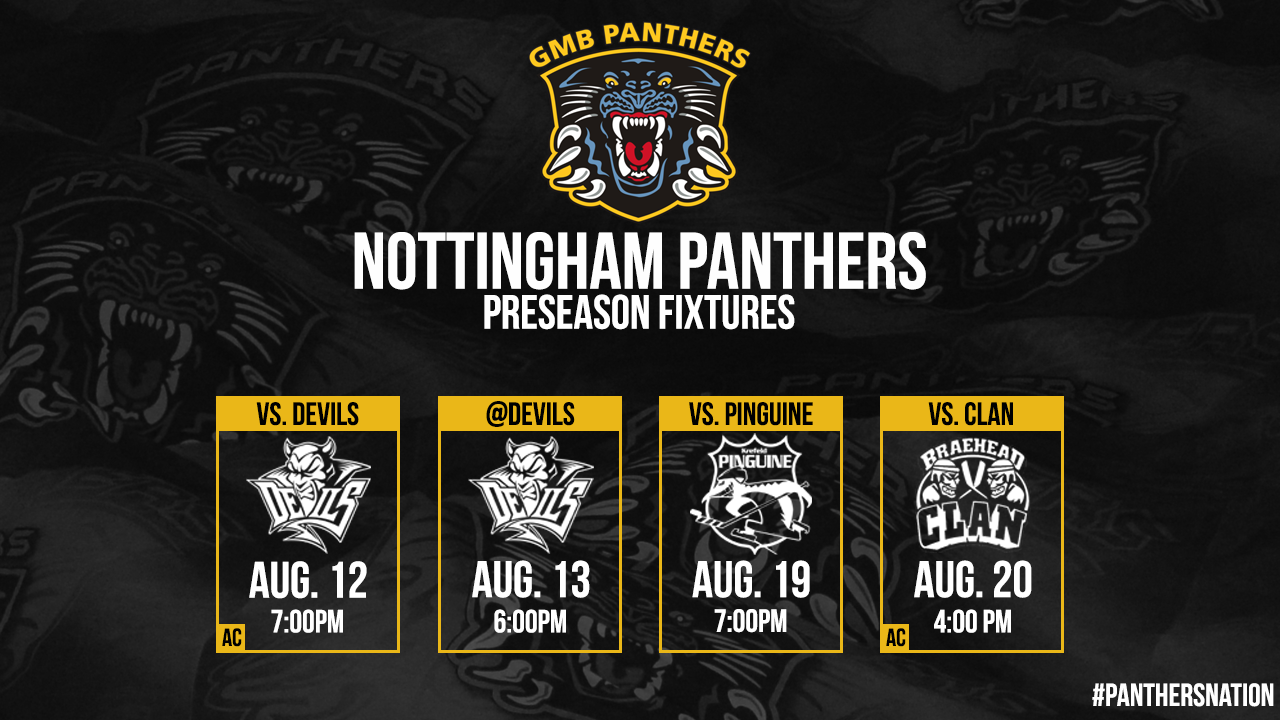 After this weekend’s game the next home action is a week on Saturday against Krefeld from Germany’s top league the DEL for international challenge action and 24 hours later Braehead come to Nottingham to round off this season’s Aladdin Cup. A night with the Panthers can be more than just a visit to a sporting event. The games are staged inside the fabulous National Ice Centre.

We have parking deals lined up with Nottingham City Car Parks at Broadmarsh East and Sheriff’s Lodge. It’s going to be cheap on a match by match basis for fans, but it’s cheaper still if you grab a parking season ticket. For more information e-mail parking@nottinghamcity.gov.uk

The arena catering team will be feeding the Panthers’ players after their home games this season. Meanwhile there has been a revamp for fans on the concourse too with more choices on the food front and reduced prices for beer, tea and coffee. Match and season tickets can also be used on the Nottingham trams network to get into the game with £2 return tickets.

Adult season ticket holders can get a meal deal special from MacDonalds in Nottingham all week long (after 10.30am).

The fifty-50 draw is brought to you in association with Temple Printing. A £1 ticket could win you hundreds or more…..you’ve got to be in it to win it! The more tickets you buy – the bigger the prize!

And this season sees the launch of the new SHIRT OFF HIS BACK RAFFLE which is just one pound a ticket. The winner will get to visit the player at the locker room after the game for the shirt handover after the end of the game.

The shop and the merchandise stalls on the concourse carry a full range of Panthers branded goods.

<><><>
WE HAVE GOT A LOT OF NEW FANS COMING TO GAMES THIS SEASON. TO HELP THEM - a newcomers guide to some of the rules for the fastest team sport in the word:
The rule book is hundreds of pages thick but there are some basics that help newcomers understand what’s going on around them.
To start with, its five skaters and a goalie per team. Two skaters on defence, three up front.
If the ref gives a team a penalty then the offending player sits in the penalty box.
If an opponent takes a penalty at the same time the penalties cancel each other out.
Penalties lead to power-plays and penalty-kills.
One team has to skate short-handed while the other has a man-advantage.
If a team scores on a power-play a player serving a minor (two minute penalty) returns to the ice. If he’s serving a major (five minute penalty) his team goes the full five minutes without him or a replacement regardless of whether the opposition score or not.
Offside is different in ice hockey to football. The puck must enter the attack zone (beyond the blue line) ahead of any attacking players. Simple as that.
A team that is caught offside may be given the chance to “float” back onside without a whistle if they don't play the puck 'in the zone'.
The team that scores most goals wins! There’s ALWAYS a winner at ice hockey, if the score is tied at the end of sixty minutes we will have a period of sudden-death overtime (three skaters v three skaters) and if no-one scores we go to penalties!
Other rules will be explained by the announcer along the way or ask a neighbour, Panthers have some of the most knowledgeable spectators in the game.
<><><>
The puck travels fast and is very hard. Please keep your eye on it at all times.
Panthers’ games are covered by copyright law. Unauthorized photography, filming, broadcasting and streaming of home matches is prohibited. Offenders will be excluded and could be subject to legal proceedings and o