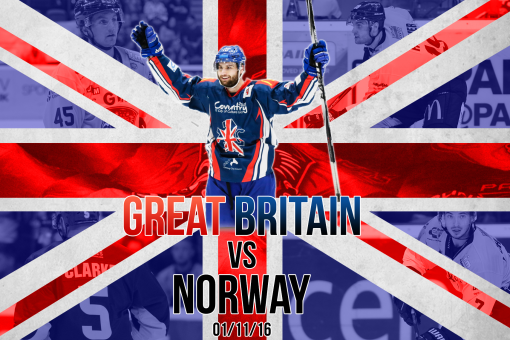 The UK's two leading ice hocky bodies are co-operating to further the development of GB Ice Hockey. GB will host Norway at the National Ice Centre in Nottingham on Tuesday 1st November and at the Ice Arena Wales in Cardiff the following night on Wednesday 2nd November in a joint-collaboration between IHUK and the EIHL. Head of the IHUK, Richard Grieveson, said “I’ve said before that if we are to progress the sport in the UK then all sides need to work together, “The EIHL are keen to help and we are grateful to them, especially Cardiff and Nottingham, who will use their expertise in hosting and promoting the games at their home venues. “It is a major exercise bringing a Pool A nation to our shores for these games and it is good to see co-operation between the governing body and our senior league in sharing both the risk and reward in organising these two great spectacles for the fans. “We require the best possible preparation for the men's team ahead of the World Championship in Belfast and these games will be against one of the best teams in world ice hockey. "The release of players for mid-season games is a priority for the governing body and these games demonstrate that by working together, IHUK and the EIHL can jointly co-operate in moving the sport forward.” Tony Smith, chairman of the EIHL, said: “These are two exciting games that we are sure fans from around the country will wish to see. "As a league we are only too pleased to assist IHUK in any way possible. All 10 EIHL clubs stage large events every weekend of the season and we are experienced in organising such games. "We look forward as a league to jointly promoting these fixtures and attracting large audiences to the games. "Both IHUK and EIHL sharing both the headaches and the financial costs of organising such an event makes perfect sense and we hope this is the first of many times we can work in unison on such projects. "Seeing quality opposition such as Norway can only be good for everyone. "The players will benefit from playing top-class opposition and the fans will get to see first hand a Pool A nation playing against their local players.”