It's Game day! Bring your teddies! 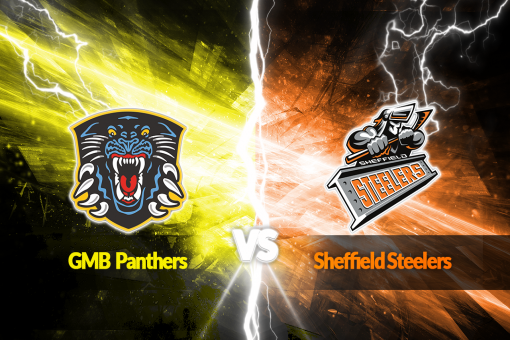 The GMB Nottingham Panthers entertain the Sheffield Steelers tonight! The game faces off at 7pm and is sponsored by the GMB- Britain's General Union. Speaking on Panthers Radio with Xynomix GMB Panthers forward Jeff Brown says that with a hot start and the fans behind them, they will defend home ice. He added that Nottingham owe the Steelers after their loss when they travelled to Sheffield. Hear him now, just click on the link on the right when Jeff spoke to Panthers Radio before training the day before the game. Not only is it a huge clash between rivals, it's teddy bear toss day! For any fans who’ll be joining us Saturday and have never been to one of our teddy bear tosses before, we ask fans to bring a news teddy bear and wrap it in plastic or put it in a plastic bag. Then when the Panthers score their first goal, everyone throws their toys on the ice. This year, the toys will be donated to the Salvation Army Christmas Present Appeal, who will distribute them to needy children across the region. Volunteers will be on hand from the Salvation Army to help us get the teddies cleared as quickly as possible and get the game back on track. It should be an incredible occasion and we look forward to having the whole #PanthersNation involved! Saturday's match will be screened for you to re-live the action within an hour of the final hooter at Saltbox, just off the Plaza. Meanwhile, the sale of Ice Guardians tickets continues and they are selling fast so make sure to get yours tonight. the Hollywood movie is coming to Nottingham for three special Panthers presentations in January. They will be available from the photo and DVD desk in the foyer at the game meanwhile. While buying your Ice Guardian tickets, make sure to get your hands on the new 2017 Panthers calendar from the same desks. The new magazine debuts tomorrow and covers the next 3 home games so get the huge value for your money and buy one tonight! It'll be on sale all around the arena for just £3 at the game. Ticket sales are very good for the game so don't wait to buy at the arena in case you're disappointed. There are less than 100 remaining! You can guarantee your place in the crowd by buying on line (click on the right), from 0843 373 3000 or by visiting the box office. There’s a shirt off the back of one of the players up for grabs in the special raffle again. A £1 ticket could see you win one of the shirts from the game and have it presented at the locker room by the player himself. The fifty-50 draw will be in operation too – you could win a big cash prize but you have to be in it to win it! The more tickets you buy – the bigger the prize! We have parking deals lined up at the Broadmarsh. It’s cheap on a match by match basis for fans, for more information e-mail parking@nottinghamcity.gov.uk Saltbox next to the arena is under new management and will be offering meal deals on game days too. They’re now the Panthers’ goals sponsor too so listen out for their “drink to that one at Saltbox” announcements during the game. Match and season tickets can also be used on the Nottingham trams network to qualify for £2 return journeys. Adult season ticket holders can get a meal deal special from McDonald's in Nottingham all week long (after 10.30am). The shop and the merchandise stalls on the concourse carry a full range of Panthers branded goods. <><><> WE HAVE GOT A LOT OF NEW FANS COMING TO GAMES THIS SEASON. TO HELP THEM - a newcomers guide to some of the rules for the fastest team sport in the word: The rule book is hundreds of pages thick but there are some basics that help newcomers understand what’s going on around them. To start with, its five skaters and a goalie per team. Two skaters on defence, three up front. If the ref gives a team a penalty then the offendi