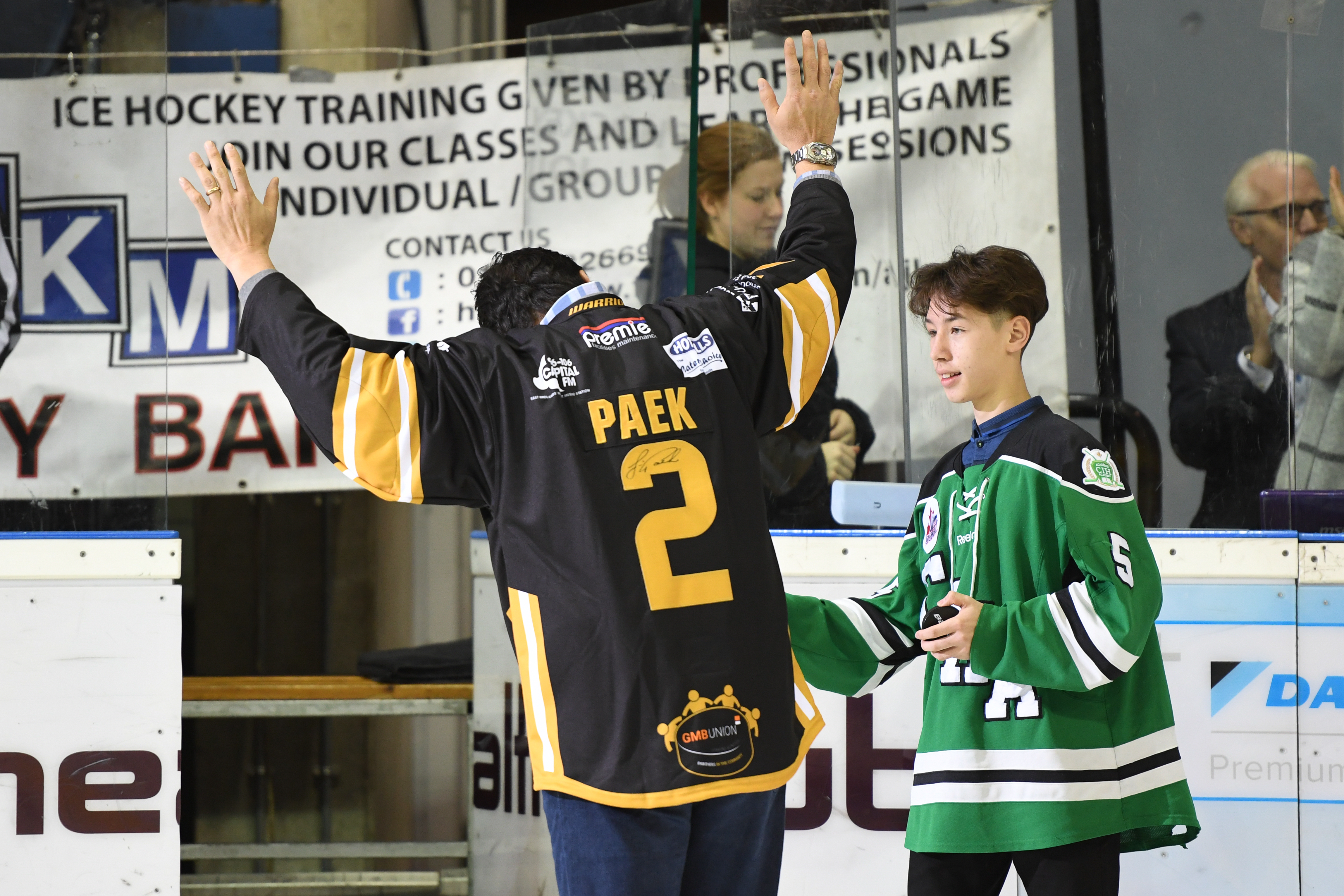 Jimmy Paek's specially made #2 shirt, worn by the man himself when he made a surprise appearance before the game VS the Steelers on boxing day, has been auctioned off to help with the fund-raising efforts for Autism East Midlands.

Jimmy, who won Stanley Cup rings as part of the Detroit coaching set-up as well as the two he earned as a player with Pittsburgh, has signed the shirt which is being auctioned off over the first couple of weeks of 2019 or so.

That auction closed at 4pm today (Thursday January 10th), and the final bid stood at £410 when the hammer came down.