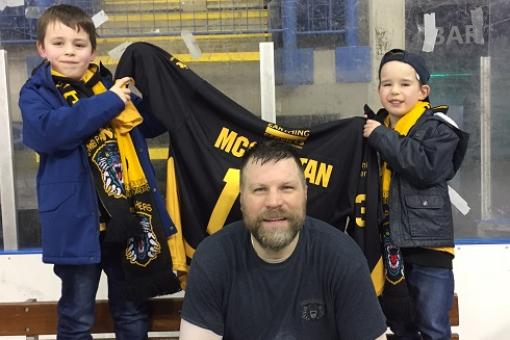 Seven year old Liam Calladine from Rainworth is claiming possession of Brian McGrattan's shirt after the victory over Sheffield on Saturday night. But brother Liam, five, was on hand to help take charge of the shirt worn by two-goal hero Brian in the 5-4 win over arch-rivals Sheffield. With their dad already wearing his own McGrattan replica shirt it was great family success in the shirt off his back raffle which sold out at the game. There will be another shirt raffle draw at the home game next weekend against Coventry.