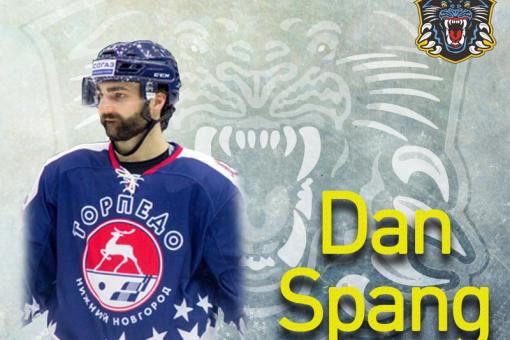 After weeks of tracking and negotiations GMB Nottingham Panthers' head coach Corey Neilson has secured the services of the defenceman he most wanted to complete his blueline corps with the signature of American-Italian Dan Spang. The 32-year-old has an impressive resume. He was drafted by the San Jose Sharks (52nd overall in round two in 2002) and went on to play in 334 AHL games. He has 60 DEL games under his belt along with high quality experience in the top flight leagues in Sweden and Finland. He's a playmaking defenceman who can quarter-back the power play and has good skills that allow him to find his team mates with accurate passes. He won a championship in Finland with Karpat in 2014-15 and the year before that came out of the Finish play-offs with most assists while playing for SaiPa. Said head coach Corey Neilson: "He will make us a better team. He's just what I wanted to add to the blueline. He has good skating skills, obviously, because you just don't get to play in the leagues he has been at as an import without them. Only last year he was in the KHL! "He can get forward with the puck and he makes good first passes out of defence. I'm very happy to get him." With Cam Janssen's decision to stay in America the head coach still has one more signing to make and says he won't be rushed: "There are guys out there who fit the bill for what we need, I've spoken to a few over the weekend, and I have a wish-list. We've waited patiently to get the guys we wanted throughout the summer and we're not going to start having a panic now. We want to get it right!" Panthers take on Braehead in Nottingham on Saturday at 7pm for the Aladdin Cup. Tickets now on sale. SEE YOU THERE!