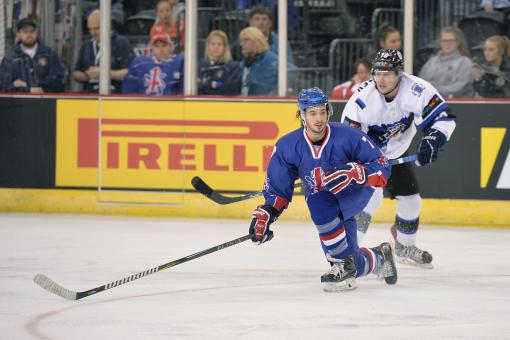 GMB Panthers' Great Britain forward Robert Lachowicz says playing in front of his country's own fans in this year's World Championship Division 1 Group B in Belfast has made the tournament extra special. The UK is currently hosting their first men's World Championship for 25 years and GB have so far beaten Croatia and Estonia for a 100% record from their opening two games. "It is fantastic to be picked in a GB squad but to get to do this at home is very special," said the Nottingham Panthers forward. "We have had brilliant support from the fans. They are like an extra player for us out on the ice." GB are level on six points at the top of the table with Japan and Lithuania, also having two wins from two games so far. "Lithuania will be a tough test but we have made a good start to the tournament," continued Lachowicz, "We have come to win a gold medal and have a good chance, but we must not get ahead of ourselves. "Everyone is looking forward to the game and we are focused on the challenge ahead." GB against Lithuania faces-off at 7:30pm this evening. Pic: Dean Woolley