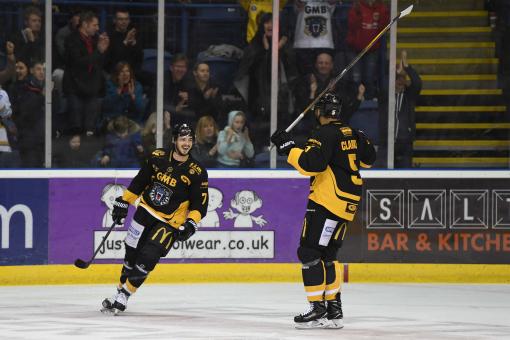 GB forward Robert Lachowicz will be back in the Panthers’ line-up again in the upcoming 2017-18 season. Head coach Corey Neilson said today: “He can be another key British player for us. We’re looking for more from Robert because he’s in the prime years of his career now and he should be pushing on. "Both parties had an option to extend his seven years as a regular in the Panthers’ line-up and we’re very happy it’s going to happen. “He had twenty points last year but he can contribute more than that, and that’s the plan for next season. “We’ve always had a strong Brit Pack and Lacho has been a part of that for many seasons. “He’s now 27 years old, he plays in lots of positions including penalty kill where he excelled last season. Thrilled to have him back again” Lacho has played his entire career in Nottingham apart from one stepping-stone year with Manchester in the minors (when he also iced with the Panthers in 2009-10). He has played for GB through the juniors to the seniors and was another successful Panthers in GB Men’s recent promotion to level two of the World Championships.