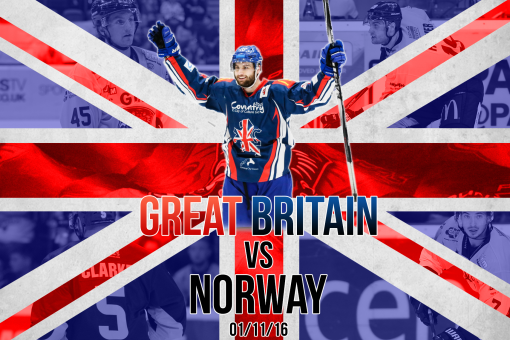 Nottingham Panthers forward Robert Lachowicz says he is looking forward to seeing how Great Britain fare against a "world-class" outfit next week. GB face Norway - who are ranked 11th in the world - at Nottingham's National Ice Centre next Tuesday 1st November (7:30pm) and again the following night in Ice Arena Wales in Cardiff (7:30pm). "It is going to be interesting. It's an opportunity we've not really had before," said the 26-year-old. "We played against some quality teams in the Olympic Final Qualifying four years ago, but it will be good to see how we fare against a world-class team. "The last few years we have been right on the brink of being promoted. "I think maybe with a little extra in mid-season - and guys playing together a little more - then hopefully that will push us over the edge and up into the division where I think we belong." GB head coach Pete Russell has named a squad of 43 for the two games and has selected two different teams. Nottingham-born Lachowicz will play in-front of the Panthers' supporters on Tuesday. "It always gives you an extra confidence boost when you are used to playing in the arena," continued Lachowicz. "I think that will boost especially the guys from Nottingham and hopefully we'll put on a good performance." To listen to the interview in full, click on the Panthers Radio tab to the right of your screen. Tickets are still available for both matches. To buy tickets for GB against Norway in Nottingham, click here https://www.motorpointarenanottingham.com/Online/panthers To buy tickets for GB against Norway in Cardiff, click here https://cardiffdevils.cloudvenue.co.uk