League positions switch round while Panthers on Continental Cup duty 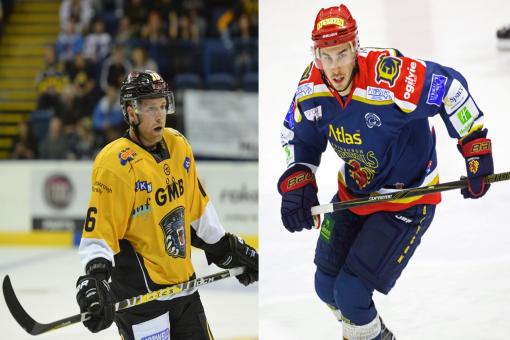 There was plenty of Elite League going on on home soil while the Panthers were fighting for a place in the 3rd Round of the Continental Cup. Although they had a very succesful weekend in Jaca, beating all their opponents by a combined score of 28-4, the EIHL has a different look after the weekend action. For the first time in this young season, the GMB Panthers no longer find themselves sat atop the League table and there's a lot of pressure coming from teams behind them in the table also. This is because Cardiff Devils and Sheffield Steelers have been in fine form during Nottingham's Spanish sojourn. Cardiff took on the Capitals in the League, earning maximum points in a strong 5-2 win. This was enough to see them make the top spot their own, after sharing it with the Panthers this week. Sheffield meanwhile took on Fife Flyers twice this weekend, trading arenas. The Steelers won both those games, beating Fife away from home which the Panthers were unable to do. Cardiff now find themselves atop the League standings with 15 points through 9 games, while though Sheffield have only played 6 games, a strong start to the season has seen them amass 10 points from those games. The Panthers meanwhile have played 8 games and earned 13 points. Therefore, this weekends home game against the Edinburgh Capitals is an important affair for the GMB Nottingham Panthers. After last Sunday's overtime loss to the Belfast Giants, the Panthers are looking to return to winning ways at the National Ice Centre. A win would also hope to see them put some distance between themselves and the Sheffield Steelers, whilst rejoining the Cardiff Devils in the top spot in the EIHL. Edinburgh have endured a tough EIHL campaign thus far, managing just 3 wins from their first 7 fixtures. However prior to this weekend, where they were away for both games against strong opposition in Cardiff and the tough Storm, they were riding a two game winning streak. Therefore their recent record shouldn't be held against them and they should pose a tough threat to the Panthers' ambition to get back to winning ways in the EIHL. With so much at stake for Nottingham, the Panthers want a big home crowd to help cheer them on on Saturday 29th. There are still some great seats available at the game so to get yours you can either call 0843 373 3000 or visit the box office daily from nine 'til nine. You can also purchase tickets by following this link: https://www.motorpointarenanottingham.com/online/panthers