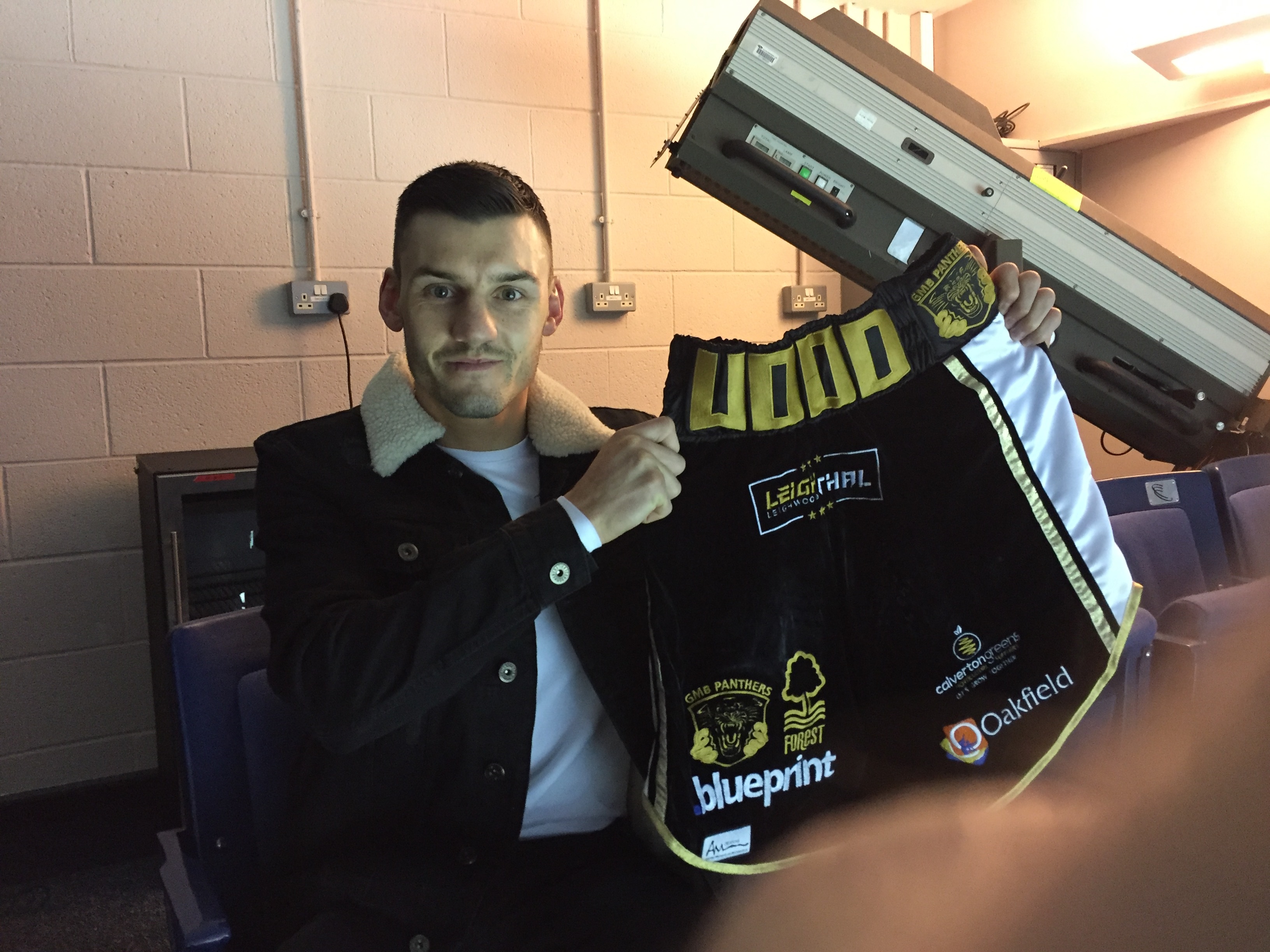 THE NOTTINGHAM Panthers will be joined by local boxer Leigh Wood to drop the puck on Saturday against the Sheffield Steelers.

The Nottinghamshire boxer has been a lifelong Panthers fan and wears the club’s crest on his fight-night shorts.

Leigh, who holds a professional record of 20 wins, 10 by knockout and one loss, has a chance to lift the vacant Commonwealth Featherweight title when he takes on Abraham Osei Bonsu.

His Ghanaian opponent, who boasts 13 wins, 11 of them by knockout, will be a tough matchup for Leigh, who’s looking for his first major title win after changing trainer.

Gill recently dropped the Commonwealth title that Leigh is now aiming for, with this massive fight taking place on March 2nd at the East of England Arena in Peterborough.

Leigh’s title fight will be live on Sky television but you can see him before that on our own Saturday Night Showdown.

He will drop the puck at Saturday’s game and will later appear in the first period interval on Saturday Night Showdown, giving us a live interview ahead of his biggest professional fight to date.

Don’t miss it, and don’t miss the return of Saturday Night Showdown, brought to you by Lucas, live, free and global on YouTube.