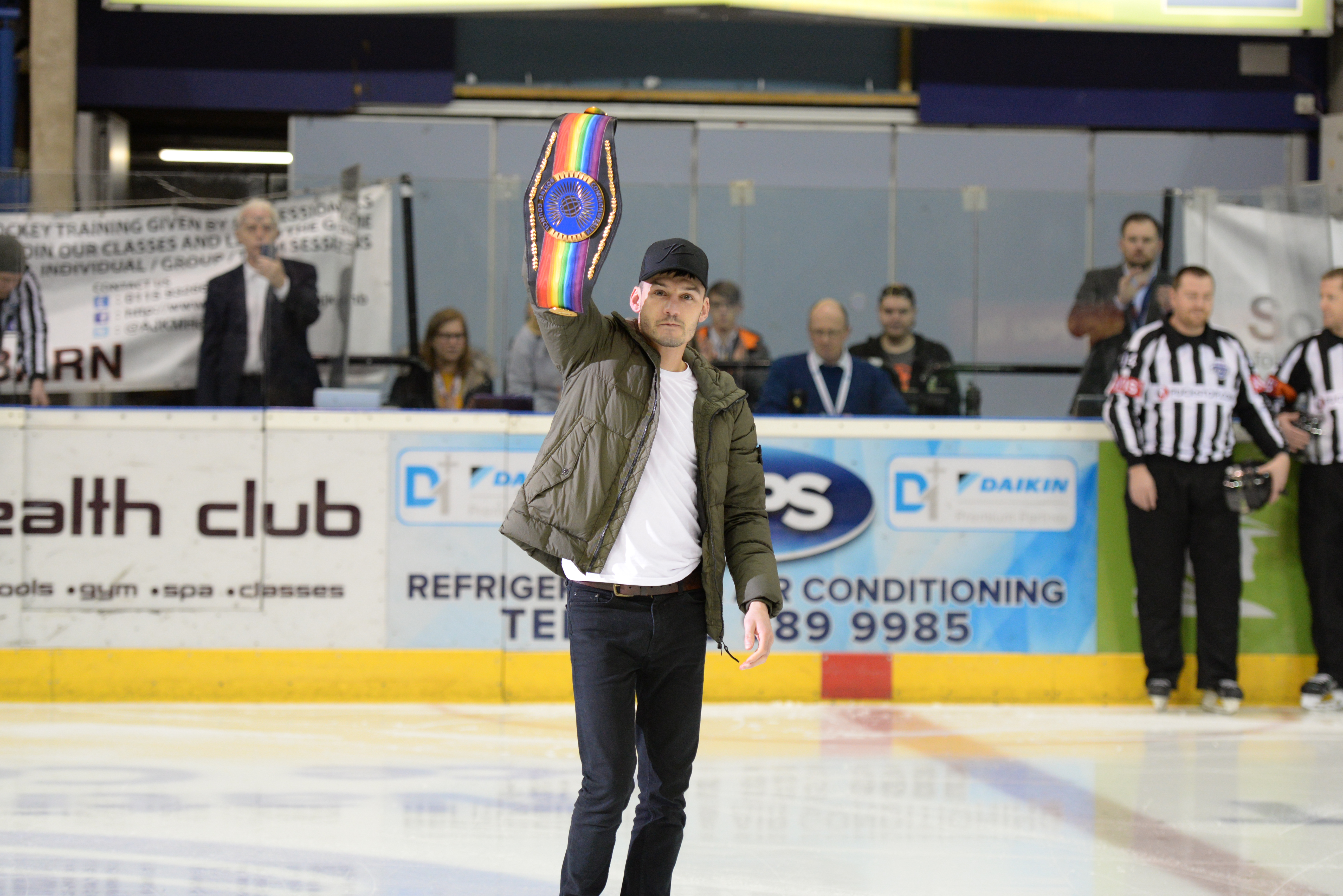 Nottingham boxer and Panthers’ fan Leigh Wood was crowned Commonwealth Featherweight champion at the weekend and he was at the home game against Fife to show off the belt.

Later he spoke exclusively on PanthersTV, with the GMB, and he praised the city’s ice hockey fans for their support and revealed he harbours hopes that one day soon he might be able to fight for a title in his home arena.

See him below on PanthersTV, with the GMB.