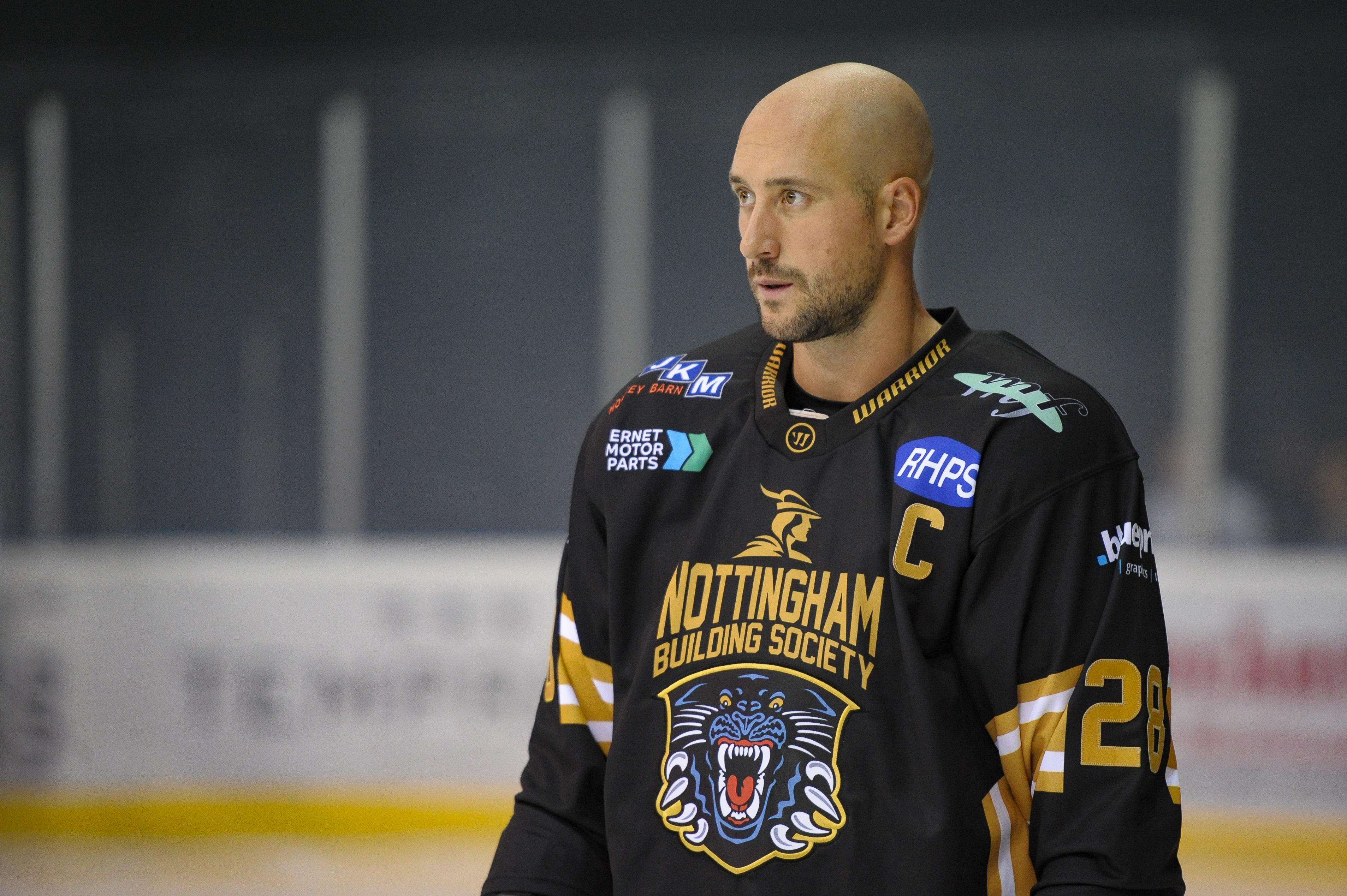 Captain Gui Lepine spoke to Panthers TV, with the GMB, after training today to speak about being named captain, David Clarke's number retirement and the weekend games against Manchester.

The big French-Canadian said 'it's a great honour to be captain of a really great organisation but my role on the ice hasn't changed, just in the locker room to make sure everyone is accountable.'

Saturday will see the iconic number five of David Clarke officially be retired and Gui spoke fondly of his former teammate 'he was just a great professional hockey player, he does everything right and beyond that he's a great gentleman and a bestfriend.'

When it comes to the games against Manchester this weekend Gui says it's important that the team 'show up and put our systems in place and bring the energy.'