Miika Wiikman to start against Caps at home this afternoon 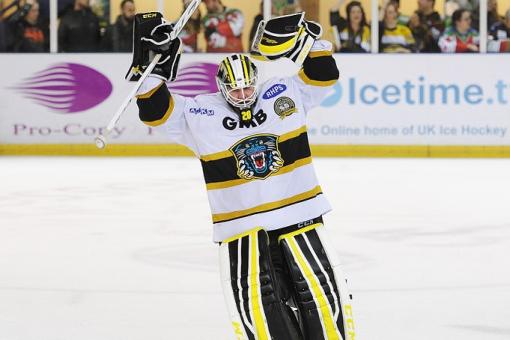 Miika Wiikman returned to the ice this morning after missing the games against Coventry with a fever and has come through the test sufficiently well to start this afternoon's game against Edinburgh at home at four o'clock. Both netminders - Henry Pacl and Wiikman - took part in the pre-game skate today. Henry left the action on New Year's Eve when he was cut above the eye. Jeff Dimmen is expected to continue on the roster after his return from injury against Coventry. Geoff Waugh and David Clarke are still sidelined. Today's game against Edinburgh faces off at four o'clock. Tickets are still available and fans will be able to pay on the door. SEE YOU THERE!