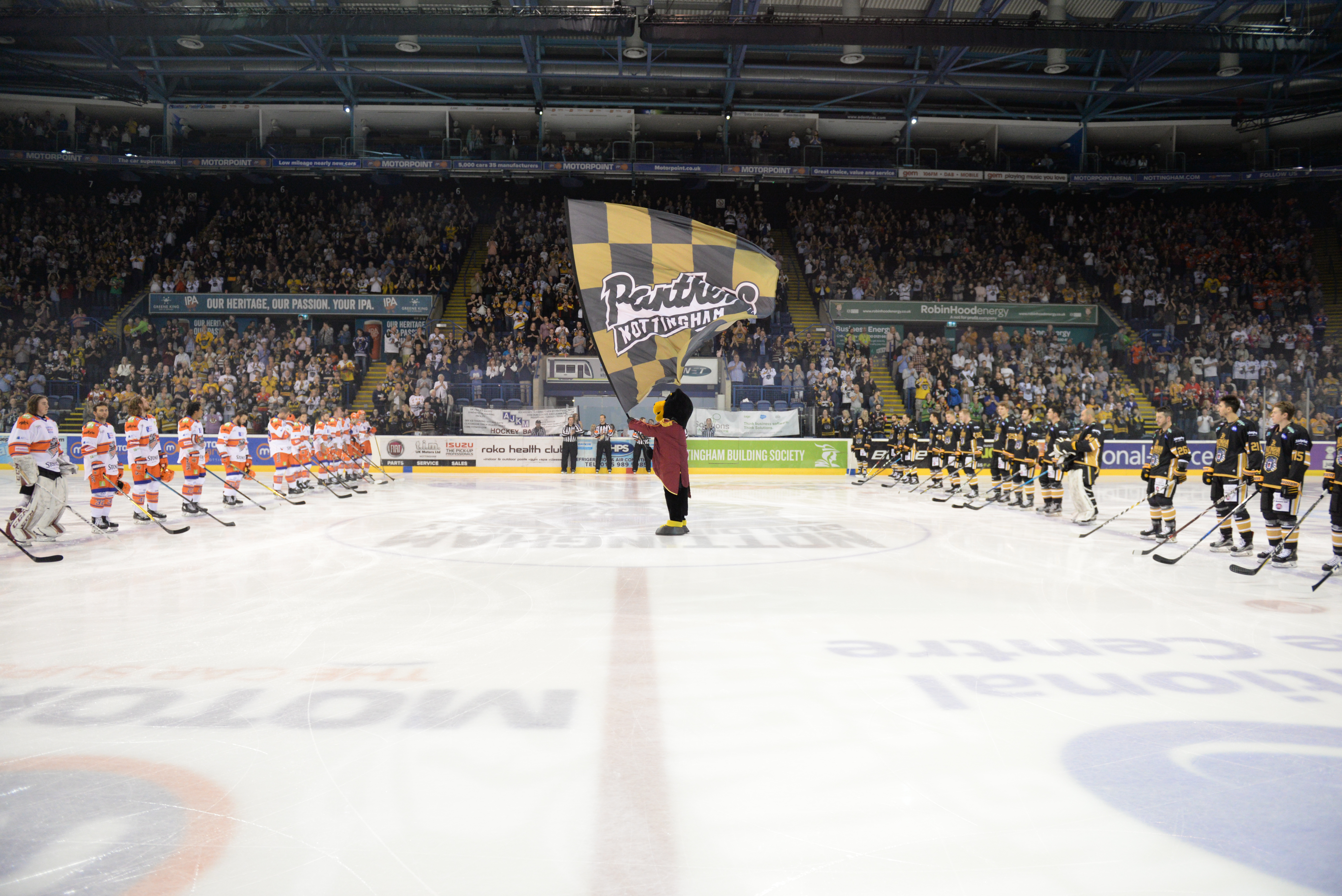 The next chapter in European ice hockey’s biggest rivalry will be written on Saturday in front of seven thousand witnesses at the home of THE NOTTINGHAM Panthers when arch-rivals Sheffield pop down the road for Elite League action starting at seven o’clock.

A Nottingham club spokeswoman said: “Form, league positions, this season’s record between the sides, everything goes out of the window for this one. It’s the big one and that’s why it has sold out so quickly. It’s no secret that we don’t exactly get on but there should also be an underlying degree of respect.

“Both sets of fans are dedicated to the cause, both the home and away sections are sold-out, the barn is going to be rammed. We’ve all heard about Yorkshire tea, biscuits, broadband and the rest but at the end of the day who doesn’t like a bit of Yorkshire pudding with their Sunday roast.

“The Sheffield fans will be making some noise as they urge their team on. The Nottingham fans will be urging our team on too. A big game deserves a big atmosphere and this one is guaranteed to have one.

All the tickets including sight line seats, sponsors’ returns and the individual posh seats upstairs are now spoken for.