Movie tickets selling well - new ways to get yours 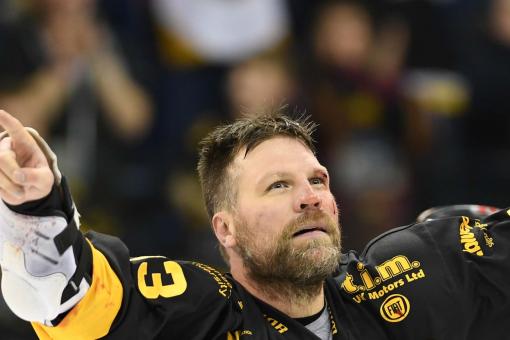 The GMB Nottingham Panthers and the makers of the movie ICE GUARDIANS have teamed up for two special showings of the film in the first week of January. Interest in the shows was very strong when tickets went on sale at the weekend but there are plenty left for the showings on January 4th and 6th. Tickets for the showings are available from the Panthers VIP desk on Level Three and from the DVD stand in the foyer at home games. You can reserve tickets by e-mail at info@panthers.co.uk or by calling 01159413103 and collect them at the next home game. When you email in, please stipulate what day you want a ticket for. The movie centres on the role of hockey heavyweights in the National Hockey League and amongst those featured is our own Brian McGrattan. The film shows will be held at the East Midlands Conference Centre and will be followed by a question and answer session AND we’re hopeful that a new Panthers “short” film being produced by award winning filmmaker Jake Cauty will make its debut at the events as well. £10 adults, £8 concessions, available at today’s game.