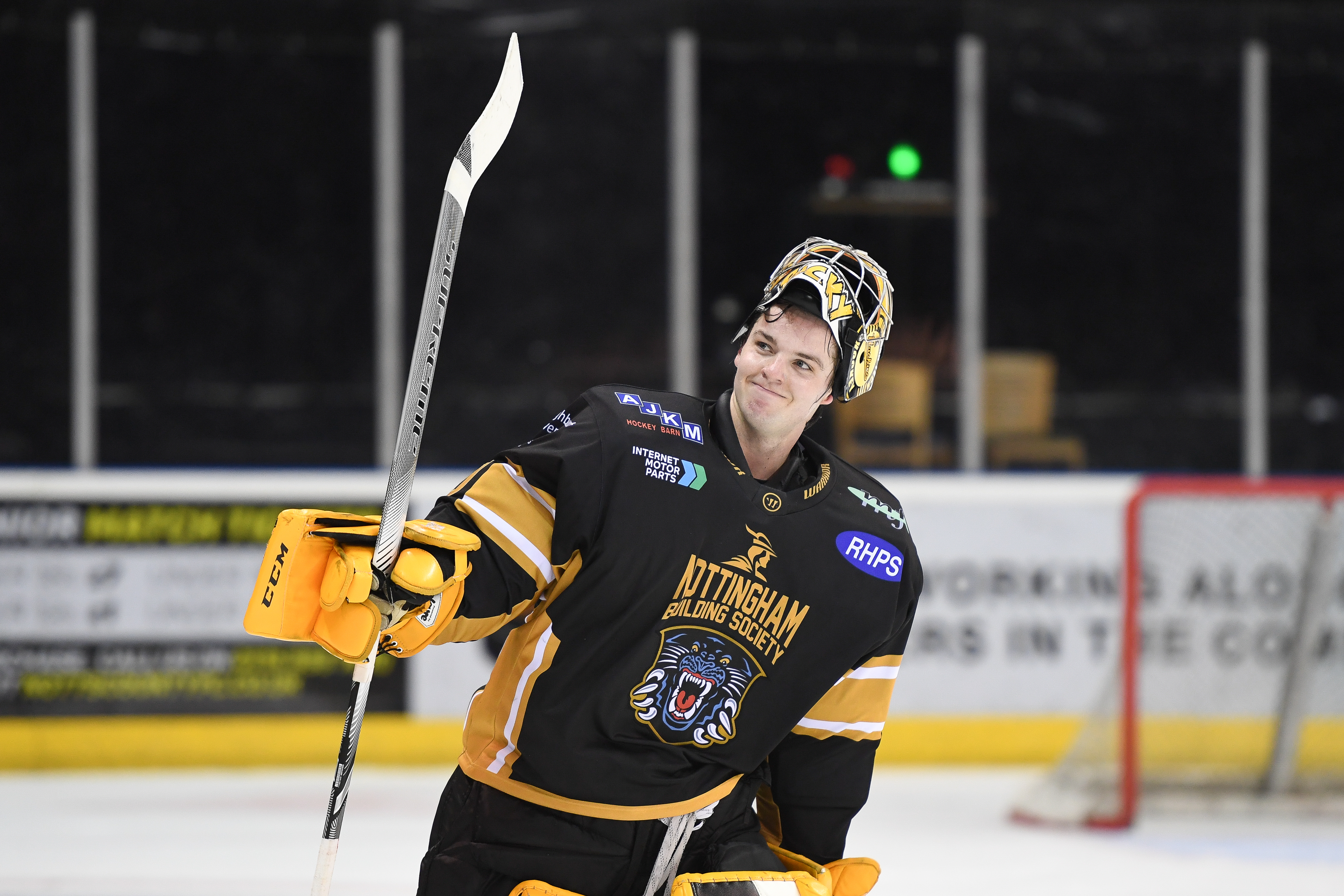 Patrick Munson was named the starting netminder for The Nottingham Panthers heading into the PredictorBet playoffs earlier this week by Head Coach Rick Strachan and he spoke to PanthersTV, with the GMB, prior to practice today.

He speaks about what it was like to be named the starting netminder, the help he's gotten from the experienced Michael Garnett and the difference between the EIHL's playoff format and that in North America.

Patrick was also named the 'Most Entertaining Player' as voted by the Panthers Nation at last Sunday's awards night and reflects on what it was like to scoop the award, and the ribbing he's received since doing so.

You can see Patrick and the rest of The Nottingham Panthers live in action THIS SUNDAY, April 7th - face-off 4.00pm, at the Motorpoint Arena when they take on the Fife Flyers in their PredictorBet Playoff Quarter-Final second leg. You can book your seats for the game by visiting the box office, calling 0843 373 3000 or clicking here to buy online.