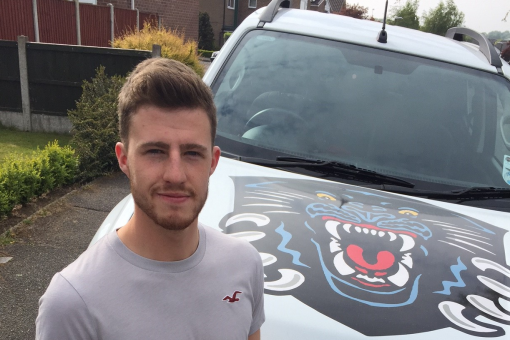 GMB Panthers head coach Corey Neilson is closing in on signing up his last line of defence. He has spent a lot of time working on the netminding options and hopes to have his import or maybe even imports sorted in the next week or so. Meanwhile, he has signed Sam Gospel from Telford to be his leading British netminder in the coming year. After coming through the Nottingham junior programme Sam, 23, from Wollaton spent the last three seasons in the EPL at Telford where he posted save per-centages of over 90 each season. He actually dressed for Panthers once in season 2012-13 after coming through the Nottingham junior programme and later that year had a stunning game against Panthers when he was called up as emergency cover by rivals Sheffield for a cup game. The GMB Nottingham Panthers are pleased to have him on the books full time. The club also wants to place on record its deepest thanks for seven seasons of hard work by departing back-up netminder Dan Green. It is one of the toughest jobs in the sport and Dan always came to games and practise with a smile on his face. He was first on and last off at training and will sit proudly in the club’s records as one of the most dedicated players we’ve ever had.