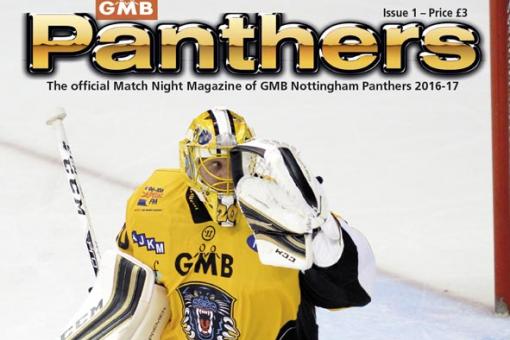 A new look match night magazine will herald the start of the new Elite League season when the GMB Nottingham Panthers host the Cardiff Devils in this season's curtain raiser at the arena on Saturday. The match counts for both league and cup points when two of the biggest rivals in the Elite League go head-to-head on Saturday at 7pm. Tickets are on sale now for the match. Meanwhile, there's a new look to the hugely popular match night magazine. It'll be on sale all around the concourse on Saturday night and is still only £3 AND it includes a host of new features and catch-ups. Release the Beast gives a new twist to the player-profile column and there'll be round-ups from around the league, the coach's comments, big interviews, stats and more AND we'll be introducing the new guys on the block with a feature looking at the summer signings! All for just £3. Get yours at the game on Saturday.