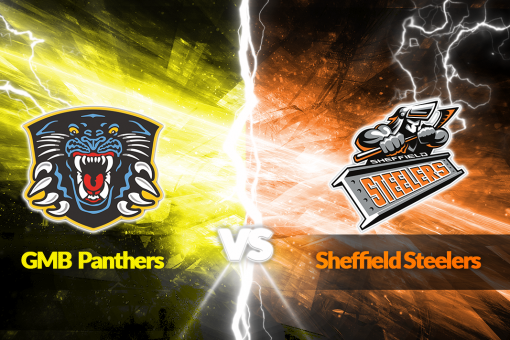 A new batch of seats has gone on sale exclusively for home fans at Saturday’s big home clash between the biggest of rivals Panthers v Steelers - Saturday at seven o’clock. With around sixty seats still available in the away sections Block Three has now been opened up to Nottingham fans. With just single seats and the so-called “sightline seats” available in the bowl elsewhere it means there are about 200 seats in Block Three now on sale to Nottingham supporters. Panthers versus Sheffield games are always the most popular on the calendar and at the current rate of sales it won’t be long before we reach another sell-out status. PANTHERS v STEELERS SATURDAY AT SEVEN O’CLOCK THE LOUDER THE ROAR….THE BIGGER THE SCORE! SEE YOU THERE! The box office is open daily from nine ‘til nine or you can call 0843 373 3000 or click on the link on the right to buy on line.