New signing arrives in Nottingham - cleared to debut on Saturday 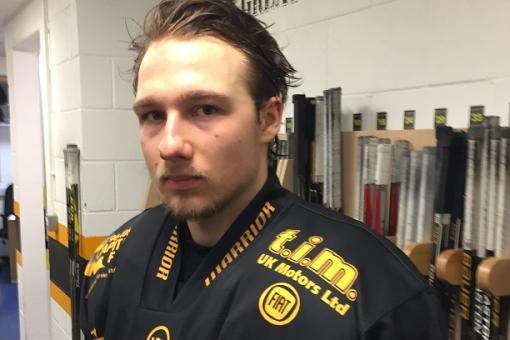 Deivids Sarkanis arrived in Nottingham late yesterday and was on the ice today for practice alongside his new GMB Nottingham Panthers' team mates. The 22-year-old Latvian was top points scorer with his team in Austria in the AlpsLeague this season . He told Panthers TV (with the GMB) that he clearly remembers playing in Nottingham in the Continental Cup three years ago. He's planning to do his best on his debut on Saturday when he's hoping to do "do well for a full house". Hear him now on Panthers TV with the GMB, just click on the link on the right. Deivids Sarkanis will wear jersey number 94. All the paperwork has been confirmed and he is cleared to make his Panthers debut at home on Saturday against Coventry.