News from the medical room - Jason Williams could yet be back 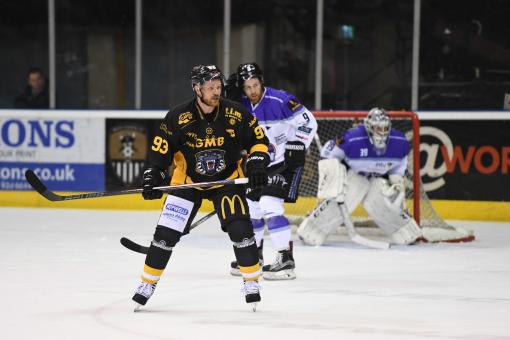 Fears that former NHLer Jason Williams' season was at an end because of injury may yet prove premature. Jason was seen by several specialists and doctors and this week underwent surgery which would have meant he was finished for the remainder of the season....BUT the damage was not as bad as feared and although he is stuck in a sling for a couple of weeks we're told he can crack on with his re-hab after that and could be available for the play-offs. Meanwhile, Logan MacMillan continues to make progress and could be available in the next two weeks and Jeff Dimmen is re-assessed at the start of next week with fingers crossed that he too could get back to full training.