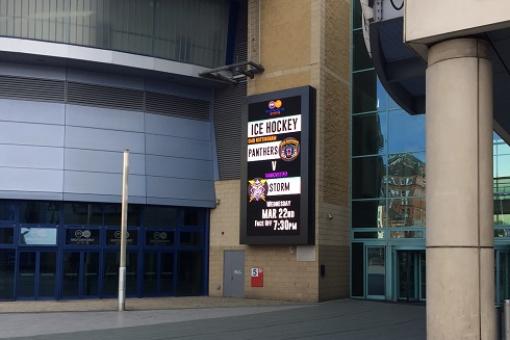 The GMB Nottingham Panthers hit the road for the next two weekends with trips to Northern Ireland and Scotland on the schedule. The next HOME games are on Wednesday March 22nd and Friday March 24th against Manchester Storm and Sheffield Steelers. We've spoken to the potential opposition clubs for the play-off quarter-final but they're split on when they want to play in their own arenas so Panthers will be at home on EITHER Saturday April 1st OR Sunday April 2nd. We'll update fans as soon as the pictures becomes clearer, meanwhile ticket sales for the next scheduled home games - the last regular season home games of the 2016-17 season - against Manchester and Sheffield are ploughing ahead. There's plenty of availability for the Wednesday game against the Storm but the Friday game against Sheffield is heading for a sell-out in the bowl at the National Ice Centre. As of this morning there were less than 500 seats available, Block Three has now been designated a home block. There are seats available for away fans in Blocks One and Two.