NHL to GERMANY to NOTTINGHAM 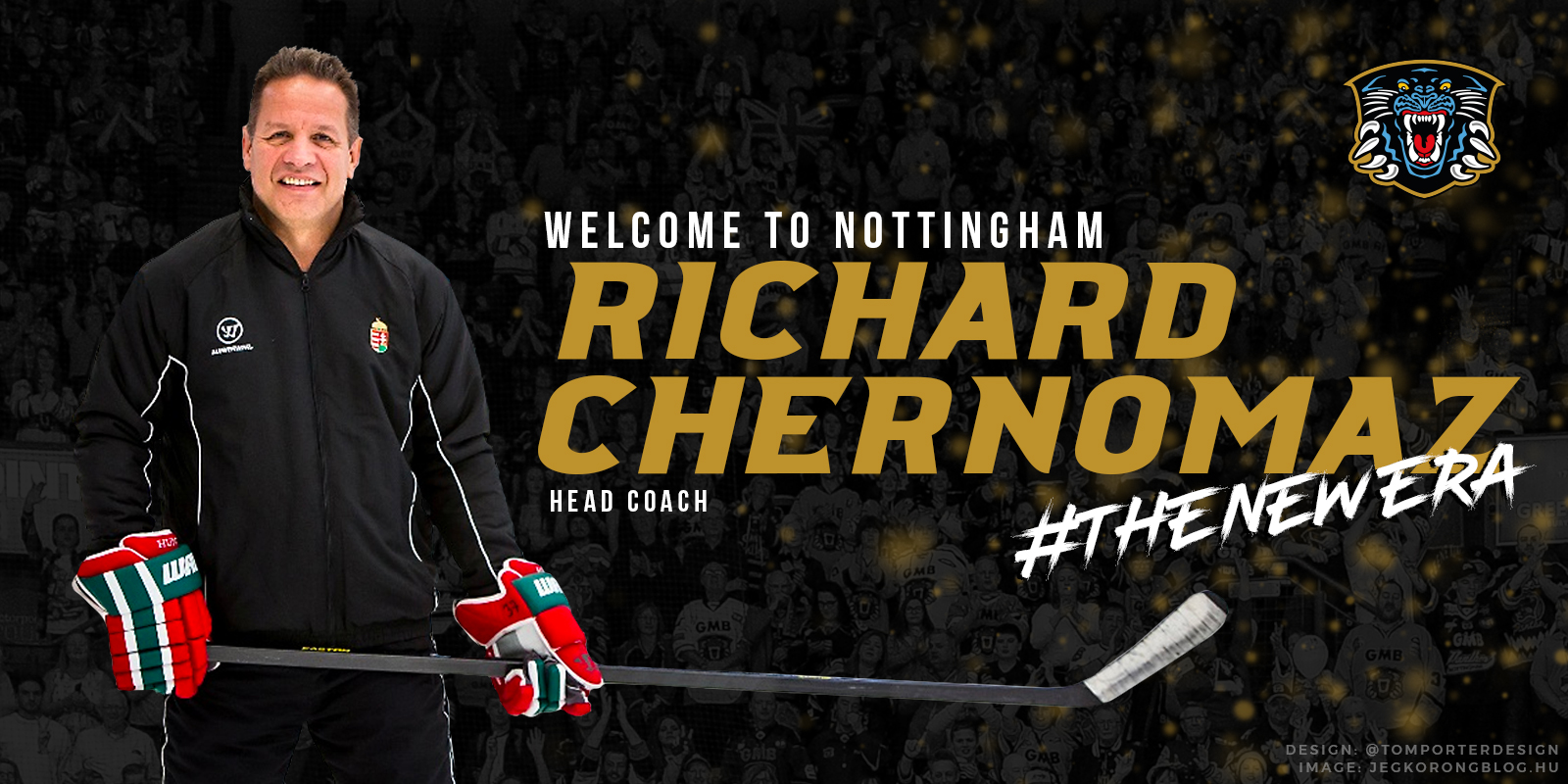 Experienced head coach Rich Chernomaz has been appointed as head coach of the Nottingham Panthers for the coming campaign.

He brings a wealth of experience and a contacts book as big as an encyclopaedia to the job and says he’s “coming to win!”

The 54-year-old has played and coached at the highest of levels and comes to Nottingham after 17 years in Germany’s top leagues as a coach, head coach and director of hockey at a variety of clubs, most recently at Frankfurt.

Panthers are excited to have landed a coach with his experience and motivation.

There were dozens and dozens of applicants for the post, but Rich emerged as a clear front-runner and negotiations have been nearing completion over the last few days and are now concluded.