No EIHL this week- The Panthers are off to Odense 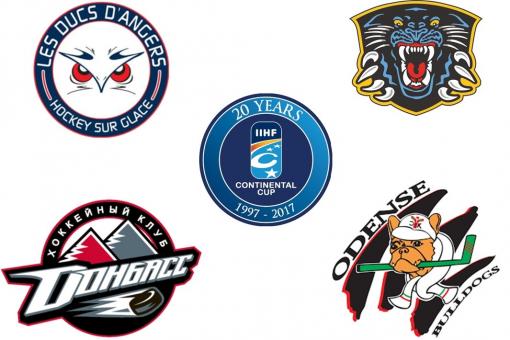 This weekend the GMB Nottingham Panthers are heading to Odense for the Third Round of the Continental Cup. After a succesful trip in Jaca, where the Panthers aggregate score was 28-4, they secured progress with a clean sweep against Club Hielo Jaca, HK Liepaja and Zeytinburnu Istanbul. Now the Third Round should provide a sterner challenge for the GMB Panthers with them taking on homeside Odense Bulldogs, Angers Ducs and HC Donbass. Hosts Odense Bulldogs, who the Panthers take on Friday at 1900 GMT, currently sit in second place in the 'Metal Ligaen' after playing 16 games. They have only won 6 of their games in regulation but seem to be a very capable team in overtime. In fifth place in the 'Ligue Magnus' the Angers Ducs, Saturday's opponents at 1400 GMT, have already played 19 games with seven wins and 6 games going to overtime, although they've only won one of those. The final opponent for the GMB Panthers is HC Donbass with a morning fixture Sunday at 1100 GMT. Donbass are in second place in the Ukrainian Hockey Championship, however if they win their two games in hand they would take the top spot in what seems to be a very competitive league. It promises to be a very tough round for the GMB Panthers who, after the tournament, face a short turnover before taking on the Belfast Giants and Fife Flyers in two home games the following weekend.