No new injuries ahead of Christmas Tuesday big game 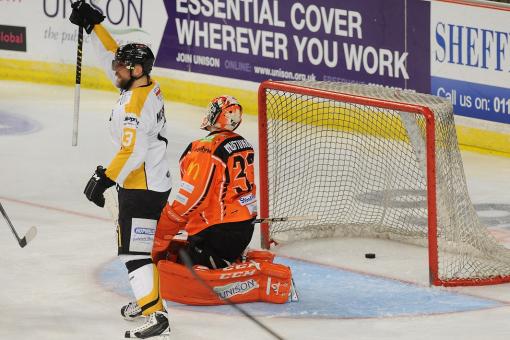 The medical team report no new injuries worries (just bumps and bruises) ahead of this afternoon's massive home game against the Sheffield Steelers. Panthers won in Sheffield on Boxing Day (2-3) with goals from Logan MacMillan, Brian MacGrattan and Jason Williams. Netminder Miika Wiikman was in stunning form. Panthers Radio (with Xynomix) spoke to Jason Williams straight after the ex-NHLer made his Panthers debut which he marked with the game winning goal, and also there's an interview with coach Corey Neilson. Hear them now, just click on the link on the right.