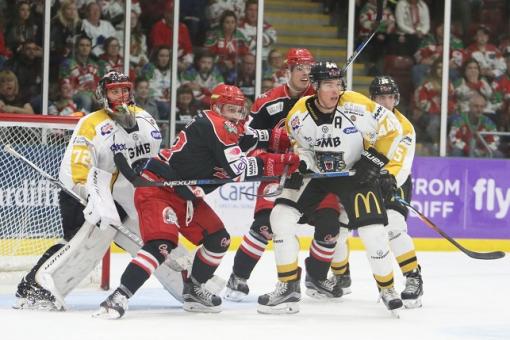 GMB Panthers' head coach Corey Neilson has told his players to take two days off this week after a second four point weekend in a row. Nottingham followed up Saturday's 8-5 league and cup win over Manchester with a 1-3 road success at Cardiff where young Czech netminder Henry Pacl recorded his first ever Panthers' win. He was named man of the match and couldn't hide his delight as he saluted the travelling fans at the end of the presentations.