Panthers are top scorers in Group B 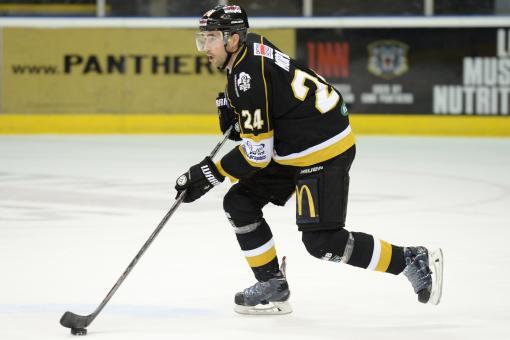 The Continental Cup has been a successful tournament for the GMB Nottingham Panthers so far. They currently feature 8 of the top 10 scorers across the entire tournament. With a 13:2 win over Club Hielo Jaca and a 12:1 win over Turkey's Istanbul, it has been a point-laden tournament thus far for the boys from Nottingham. The highlight of that group has been Captain Brad Moran. The joint top scorer, who has been exemplary in the EIHL thus far, has also excelled in the Continental Cup. As it stands Brad has scored 3 goals of his own,whilst assisting 4 more. An even more impressive statistic is that the GMB Panthers occupy the top 7 in the scoring charts currently. The Latvians, Liepaja, occupy 2 of the top 10 positions. Tomorrow is the essential group game in this stage of the tournament. The winner will progress to the 3rd round of the Continental Cup, which takes place in Copenhagen.