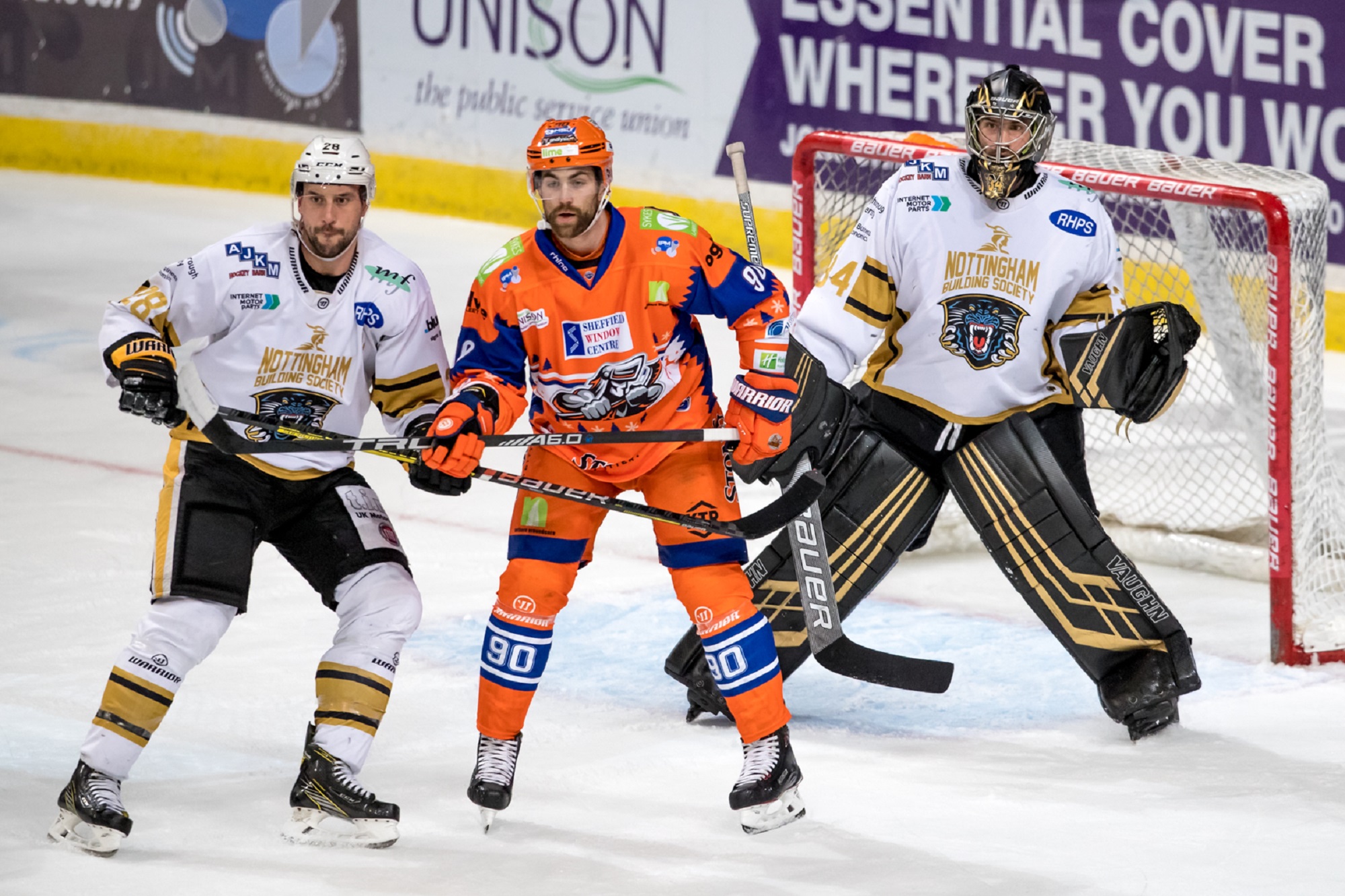 The Nottingham Panthers make the short trip up the M1 to take on arch-rivals Sheffield for the final time at the FLYDSA Arena this regular season, with the final meeting of the season between the two sides taking place next Saturday in Nottingham. It's an important game for the Panthers as they look to build momentum ahead of their Challenge Cup Semi-Final second leg clash with Guildford on Valentines Day, Thursday February 14th - face-off 7.30pm.

Sheffield has proven to be an unhappy hunting ground for the Panthers so far with only one point to show from their three trips to Yorkshire so far. A 3-2 defeat, in the Challenge Cup, in September was followed by a 2-1 overtime in loss in October before a controversial 5-3 loss, in which Alex Boluc had a seemingly good goal wiped out which would have put the Panthers 4-2 ahead, in the second half of the traditional Christmas games on December 27th.

If the Panthers are to bring two points back to Nottingham they will have to do so without Jaynen Rissling, who will serve the third game of his six game suspension, and Dylan Olsen, who is ruled out for 6-8 weeks with a lower body injury. With the two defenceman out of the line-up player-assistant coach Kevin Henderson will continue to patrol the Panthers' blue line alongside GB international Steve Lee.

If you're not travelling to the game you can watch it via the SteelersTV Live webcast, just click here to purchase your stream. Alternatively you can head down to The Nottingham Legend, Nottingham's number one family friendly hockey pub, and watch the game live on the big screen amongst other Panthers' fans.