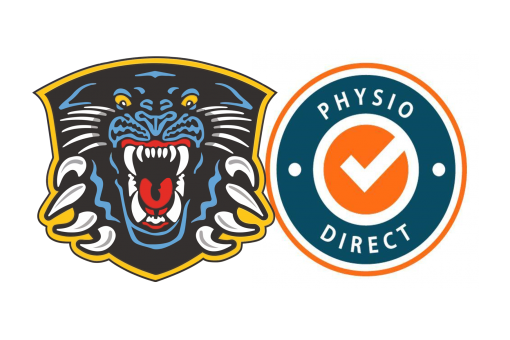 The GMB Nottingham Panthers have improved their medical team with a new partnership with Physio Direct. A regional provider of physiotherapy clinics in the Midlands, Physio Direct will provide the GMB Panthers with top level physiotherapists for all training and home games. The Panthers would also like to take this opportunity to thank Scott Poundall, who has worked in this role for nearly a decade, and whose work has been a credit to himself and organisation. Scott has been replaced in the day to day work with the team by Phil Rippon who took charge of all Panthers away games last season, including the incredibly successful Continental Cup campaign. Phil, one of Physio Directs top physios, spoke to Panthers Radio with Xynomix about his new role. Phil said “I am hoping to continue the good work he [Scott Poundall] has done in the past and add in my own unique skills.” Thanks to this new partnership with Physio Direct and some other facilities available to the Panthers, Phil thinks the Panthers now have one of the strongest medical rooms in the league: ‘we’re in a tough sport and injuries are part and parcel but with what we can do, we think we can get the players out faster and fitter.’ Listen to the full interview on Panthers Radio with Xynomix by cliking on the radio tab to the right of the screen.