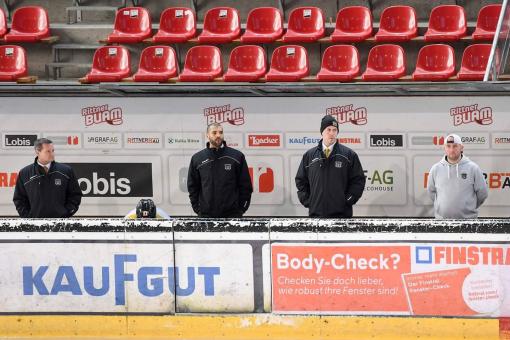 GMB Panthers coaching staff say they'll be ready when the puck drops tonight in the deciding match of this year's Continental Cup in Ritten, Italy. Three teams still have a chance of lifting the trophy but only Panthers can make it happen themselves. Panthers need a point from their last game to finish top of the Super Final group. Teams are awarded three points from a win in regulation, two for an overtime or shoot-out win and one from an OT or shoot-out loss. Odense and Ritten can also win the trophy but only if other results go their way. Panthers' head coach Corey Neilson said today: "We watched the hosts in their other games. They're a good hockey club with some proud players. They were beaten by Odense last night and that will fire them up but we have a game plan and we will be ready. " Ritten are the team most used to the ice conditions here so we have a big job to do but we've come a long way and we don't want to go home empty handed. We have more than a hundred noisy fans in the stands and thousands more watching at home via the webcasts. It's going to be a big night!"