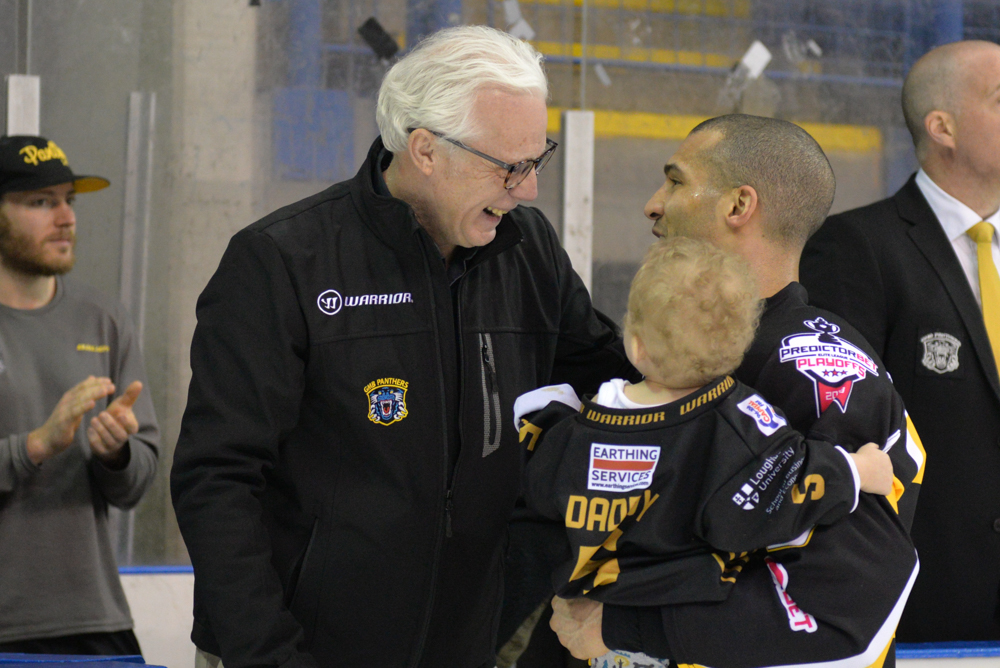 Gary has been waiting most of the season for a date and was brought in in the New Year.

Since then, he has been operated on and has already begun his recovery process, as he tries to be released from hospital as soon as possible.

Messages have come in from EIHL teams and former players aplenty, wishing him a speedy recovery.

The Panthers organisation was delighted with all the good news and hope to see him back in the office as soon possible.

Panthers Chairman Neil Black said “it’s fantastic news that the surgery went so well, and we wish Gary all the best as he begins his recovery.

“Obviously we want him back in the office, but he won’t be rushed as nothing is more important than his health.”

Gary wishes everyone well and thanks everyone for their messages of support so far.

He wishes the new head coach much success and eagerly anticipates being back on the scene well before the end of the regular season.