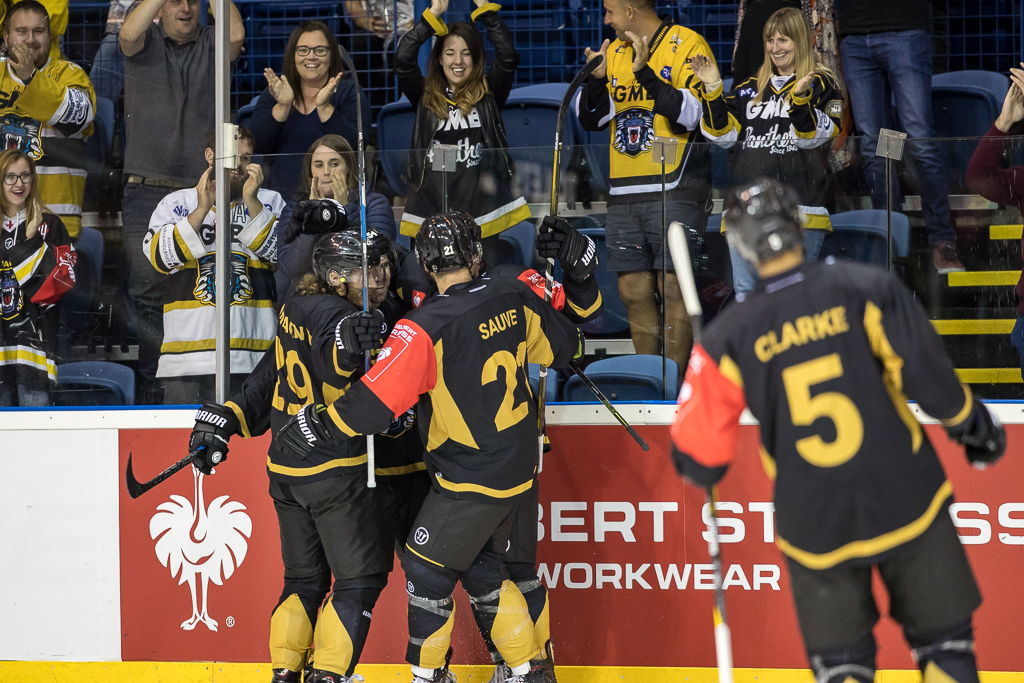 The GMB Nottingham Panthers fly to Zurich later today for what is arguably the biggest club game in British ice hockey history!

Panthers are the first British team ever to qualify for the knock-out stages of Europe’s top club competition – the Champions Hockey League.

Going in to the tournament Panthers were ranked 32nd out of 32 teams, but not only qualified, they progressed as group winners.

Zurich Lions stand in their way, one of Europe’s most illustrious star-studded teams.

The second leg is in Nottingham next Tuesday (November 7th) and before that Panthers return home for Elite League action on Friday against Guildford and away to Milton Keynes the next night.

Said Nottingham head coach Corey Neilson : “There’s no pressure on us. We set out to do our best and show that the Elite League has come a long way.

“We’ve already done that. At this stage the CHL is an aggregate score affair and we’re used to that in our play-offs and our Challenge Cup later stages, so we know what we’ve got to try to do in the first leg in Switzerland.

“Our fans have been great so far, both at home and on the road in Europe. We’re going to do our best for them, for our organisation, for the City of Nottingham and for the Elite League. We’ve broken so many records on this European journey so far we might as well go all out for another!”

Tickets for the homes games against Guildford on Friday and Zurich a week Tuesday are on sale now!