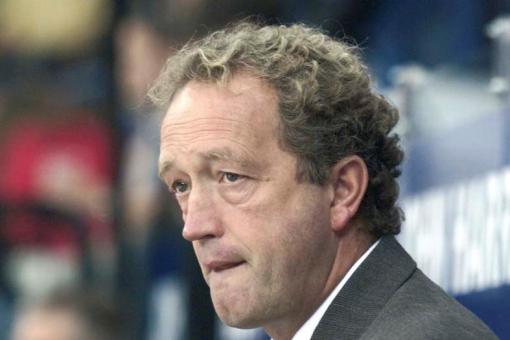 Today news has been revealed that Alex Dampier is battling leukaemia. He has moved from his home in Canada to a specialist hospital in Cleveland. Alex has been receiving chemotherapy and will undergo a bone marrow transplant in an effort to fight the cancer. But GMB Panthers GM Gary Moran, who worked alongside him for a time, spoke to Panthers Radio with Xynomix about how if anyone could take cancer head on, Alex Dampier could: "he's a great guy and has a great spirit about him." Dampier had a storied career in British hockey and worked for the Nottingham Panthers for nearly a decade as Head Coach and Director of Hockey. In that time he was twice named British Ice Hockey Writers Association's Coach of the Year. He also had a succesful spell with the Sheffield Steelers in between his time with the GMB Panthers. Dampier was an excellent professional to work alongside according to GM Moran: "he was a joy to work with when I was a reporter covering the Panthers and then he was a joy to work alongside when came back to coach in the new era. "He's just one of life's class acts, he's a great bloke on and off the ice and he had a stunning career. "We can only send our very, very best wishes, all our positive thoughts and energy to Alex, his lovely wife Sally and his daughter Alexandra." Since recording the interview for Panthers Radio (click on the right) GM has been able to talk to Alex and reported tonight that he's good spirits, his family is with him, the bone marrow transplant will involve Damps' sister and he's being very positive describing the whole thing as "a bump in the road". Good luck Alex!