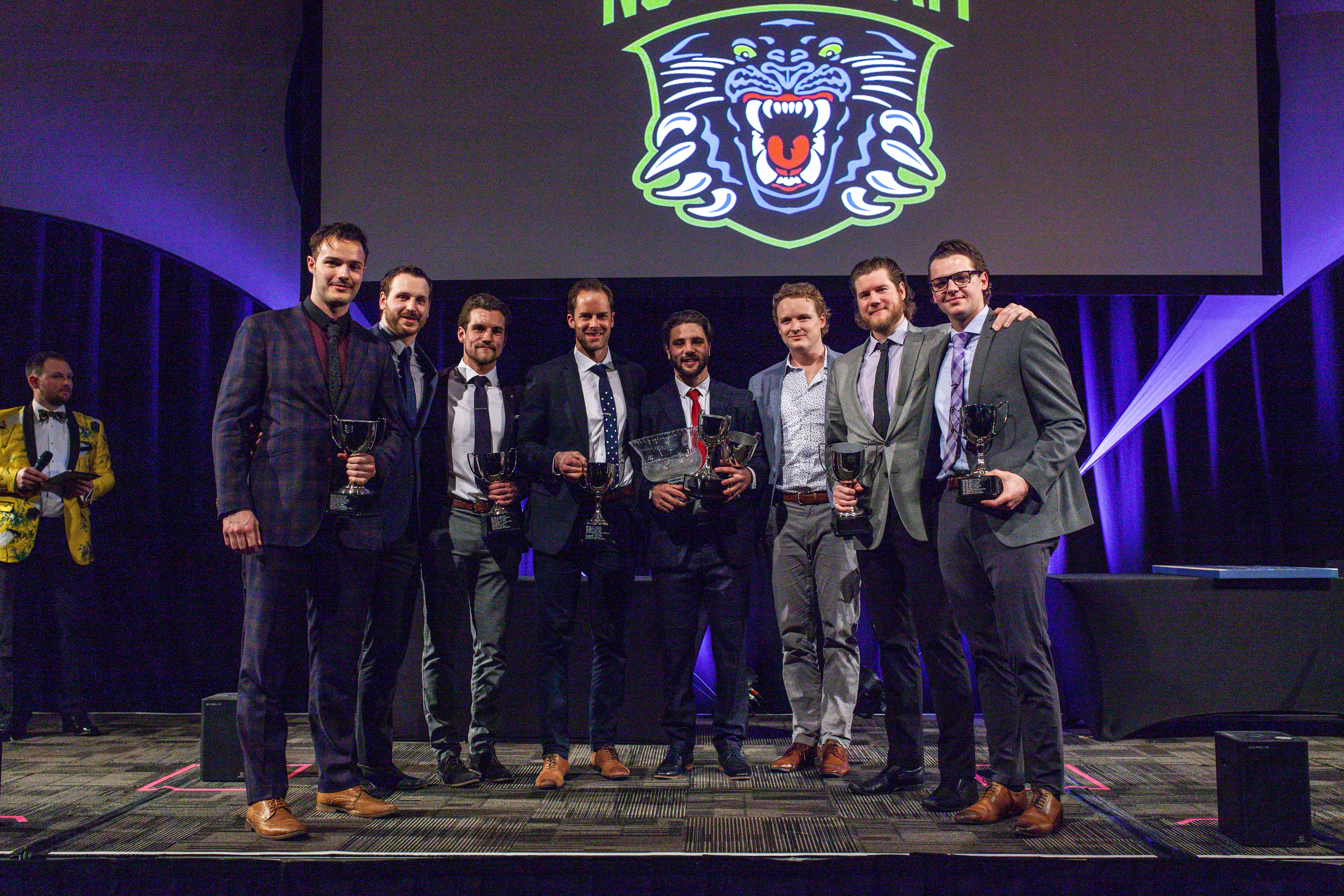 The annual Panthers' Awards Night took place yesterday at the De Vere East Midlands Conference Centre in front of a near capacity audience.

Fans entered the venue through the giant inflatable Paws, many stopping for a photo on their way, underneath a picturesque blue sky. Everyone then entered the auditorium and General Manager Gary Moran and Match Night Announcer Ken Feast took to the stage adorned in the most spectacular jackets you'll wish you never saw.

Every member of The Nottingham Panthers roster came up to receive mementos from the club and main team sponsor The Nottingham Building Society before being quizzed by DJ Ken on the way back to their seats, where we found out that all Kevin Henderson did to convince former NHLer Chris Stewart to sign for the Panthers was telling his friend he'd get to play on a line with Robert Farmer!

Autism East Midlands were then presented with a cheque for £11,700 which was raised throughout the season, in no small part thanks to the tremendous support from the Panthers Nation for this fantastic cause. With an additional £750 added to the total by Panthers Travel.

The Panthers' Oscars then got underway with a plethora of guests presenting the awards, including boxer Leigh Wood, Panthers' fan Lewis Blackburn, team dentist Andy Dale, timekeepers bench crew members Stef Lichfield and Dee Shaw among many others.

Ollie Betteridge took home three awards, closely followed by Alex Guptill with two, at the end of season spectacular, find a full list of award winners below, as all eyes now turn to the EIHL post-season.

The Nottingham Building Society Player of the Year: Dylan Olsen

You can see all of the award winners in home-ice action for the final time in the 18/19 season this Sunday, face-off 4.00pm, in The Nottingham Panthers PredictorBet Playoff Quarter-Final second leg against the Fife Flyers. You can book your tickets for that game by visiting the Motorpoint Arena box office, calling 0843 373 3000 or clicking here to buy online.