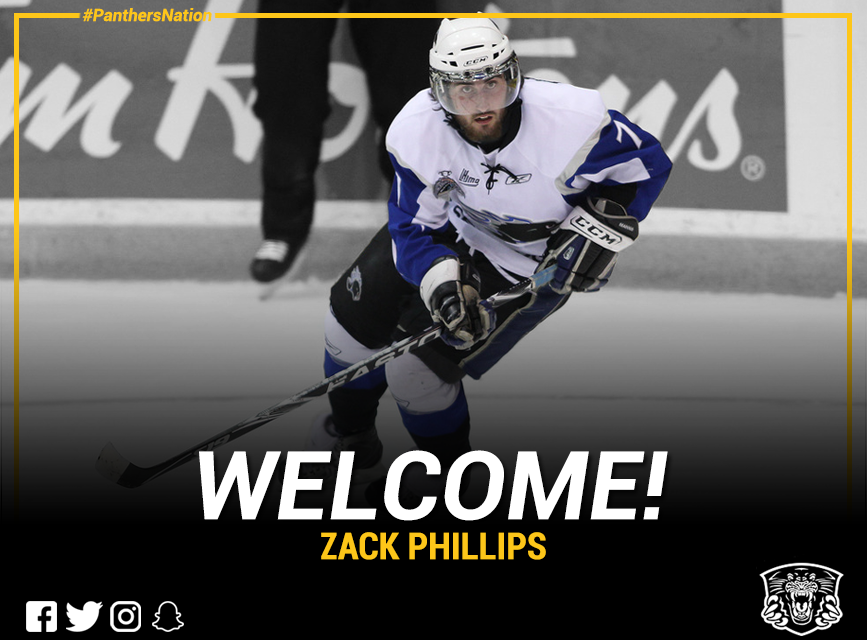 Canadian forward Zack Phillips will be with the GMB Nottingham Panthers for the upcoming campaign.

The 24-year-old spent last season in the highly regarded Allsvenskan league in Sweden after racking up 260 games in the AHL at Iowa, Providence, and Chicago.

He was a first round NHL draft pick by Minnesota Wild in 2011 after lifting a winners medal in the Memorial Cup during an impressive junior career.

Said Panthers’ head coach: “I like his attitude and I very much like the detailed reports I’ve had in about his skill set. He can play centre or right wing and we see him on the first line leading the offence.

“The squad is shaping up very well. It’s all about putting the pieces of the jigsaw together.

"Zack is a big and important piece of that puzzle.”

The six feet tall native of Fredericton played in all but two games in Sweden last season and posted 31 points in 54 games.