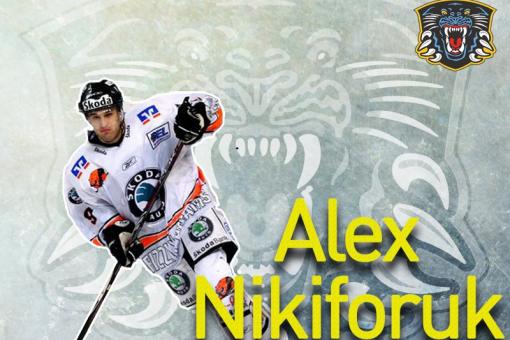 Thirty-two-year old Nikiforuk has been on GMB Nottingham Panthers’ head coach Corey Neilson’s wish list for several seasons and Neilson is happy to have beaten off interest from a clutch of other Elite League clubs to snag his man: “He’s fast and he reads the game well and he has been a star in leagues of a higher standard than ours. I’ve had a number of references on Alex and everyone I have talked to speaks highly of him as a player and as a human being and they all rated him as a potential high flyer in our league.” Canadian Nikiforuk was in Switzerland and Germany last year and has solid years in Italy, Denmark and Finland alongside his three years in Switzerland on his resume after moving to Europe straight from an impressive career in juniors and university in Canada. During his time in Denmark he was named top forward, had the top points per game on average and was named to their first All Star team and most recently his time in Switzerland saw him rack up a point a game. Paperwork and visa applications are already underway and it is hoped that Panthers’ latest signing will be able to fly in in time to line up against Braehead for the Aladdin Cup clash in Nottingham on Saturday August 20th (tickets now on sale). Added coach Neilson: “He’s not going to be the biggest guy on the ice, but he plays gritty and we’ve got the players to protect him and give him the kind of space to allow him to do his thing. His numbers show he is a playmaker with just about two assists for every goal, but he also knows where the net is.” Pic : Fischtown Penguins