Panthers team up with 2nd Skull to give players EXTRA protection 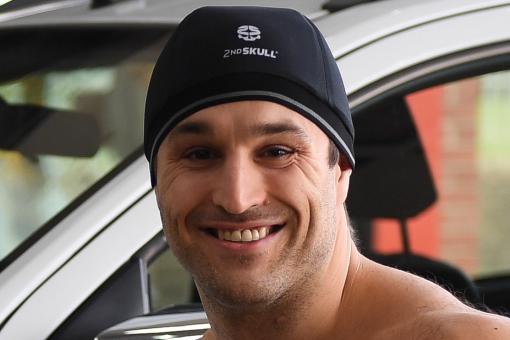 The GMB Nottingham Panthers are pleased to announce they have teamed up with new American firm 2nd Skull, to offer their players extra protection against potential head injuries. 2ND SKULL, LLC is a protective headgear company with patented Impact Absorption Technology. The 2ND SKULL® Cap is a protective skull cap that can be worn under traditional hockey helmets and other sports helmets. For non-helmet sports like football (soccer) or basketball the company created the 2ND SKULL® Band, a protective headband. “2ND SKULL® products are scientifically engineered to reduce impact. The special urethane molecules are soft at rest but harden upon impact, absorbing the energy. 2ND SKULL® helps protect an athlete by providing a thin layer of material designed to absorb impact” - said Federico Olivares”, CEO of 2nd Skull. Panthers’ General Manager Gary Moran said: “When we found this product it made sense to get in touch with 2ND SKULL to see if they wanted to collaborate with us as a professional sports team so we could make it available to any of our players who want to add an extra layer of head protection and, in effect, an extra layer of confidence. “Ice hockey is a very physical sport and players can be hurt purely accidentally in either full-on or glancing collisions. “2ND SKULL makes no claims about protection from concussion, or any other specific injury, but we have seen the impact absorption demonstrations and reviewed the favorable testing data showing hockey helmet improvements. We want to give our players a chance to try them out. “There’s a video which shows two materials being dropped wrapped in cycle helmets. One has a 2ND SKULL as well as the helmet, the other doesn’t. After the test one of them is left smashed open, one is intact, you can guess which is which.” Federico Olivares, founder and CEO of 2ND SKULL speaking from his base in Pennsylvania said: “We’re very pleased to collaborate with an organisation with such a high profile in the United Kingdom as the Nottingham Panthers. They are a progressive and successful professional team and when they asked if we would like to join in that progression, we were delighted to accept. We look forward to a long relationship with the Nottingham Panthers”. ABOUT 2ND SKULL, LLC 2nd Skull, LLC is a Pittsburgh, Pennsylvania based protective headgear company with patented products. 2nd Skull® products feature Impact Absorbing Technology and have a soft, flexible and breathable protective layer that delivers impact protection. 2nd Skull® has a protective headgear product for any activity. For more information, please visit 2ndSkull.com