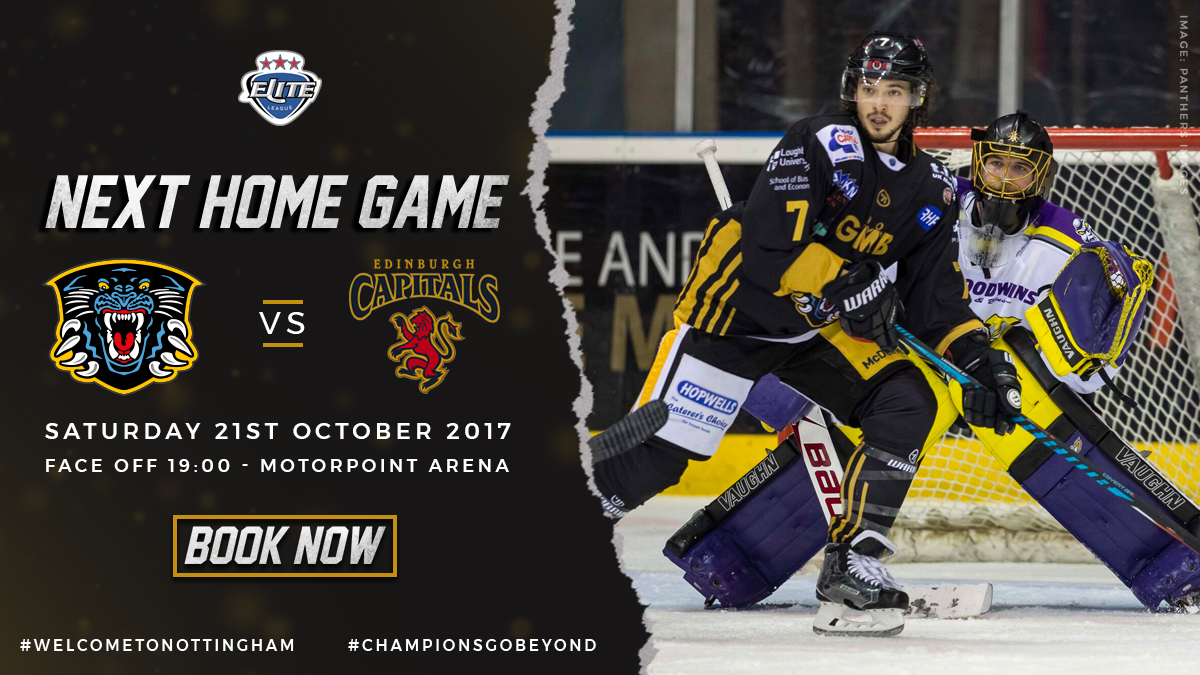 The England-Scotland rivalry resumes tomorrow (Saturday) at seven o’clock when the Edinburgh Capitals make their first visit of the season to Nottingham for Elite League action against the GMB Nottingham Panthers.

Midweek Panthers went north to Glasgow and came back with two important Challenge Cup points from a 3-5 win at Braehead.

That result has put Nottingham right in the mix on THREE fronts.

With more Champions Hockey League action to come, a chance to qualify for the Challenge Cup quarter-finals in their own hands, and the league title race all in their sights

Caps are coached this year by an NHL veteran in the shape of Russian Dmitri Khristich who played in the show nearly 900 times.

He’s hired a large contingent of Russian players too and they’ve had some big wins including a road win at Belfast, but they travel south on the back of three losses in a row and desperate to snap their streak.

Ollie Betteridge told Panthers Radio with Xynomix : “We won’t be taking them lightly.”

The latest issue of the magazine is launched at the game and includes exclusive player profile features on Alex Mokshantsev, Brett Perlini and Raphael Bussieres.

GOOD SEATS ARE STILL AVAILABLE…SEE YOU THERE!