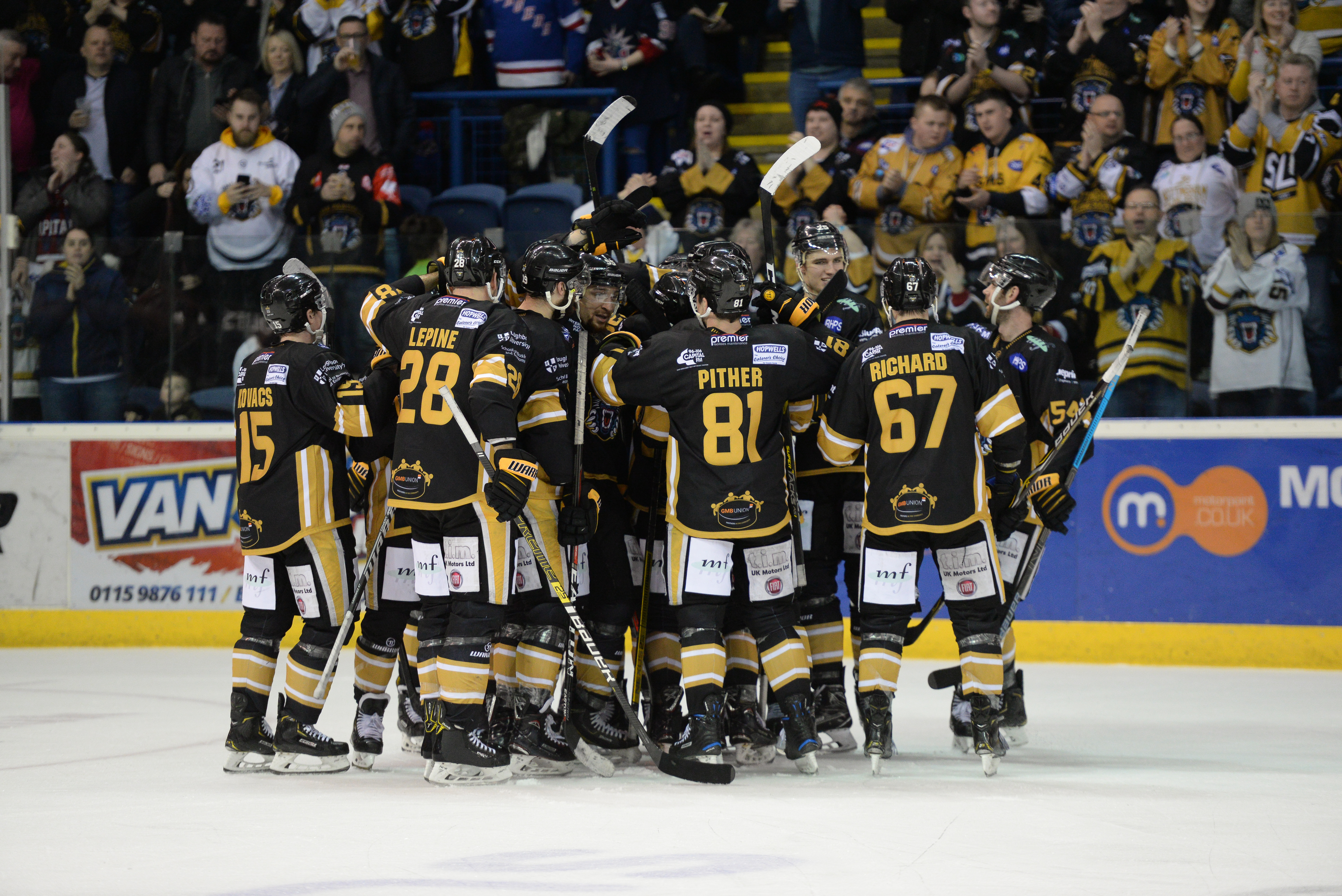 It’s the biggest weekend of the season. The play-offs are finally here and the countdown is nearly over.

THE NOTTINGHAM Panthers are in Fife tonight and at home tomorrow at four o’clock in the all-important deciding second leg (good seats are still available).

Aggregate score will decide who goes through to the semi-finals and claim a berth at the massive play-off finals weekend which is also staged in Nottingham.

A club spokeswoman said today: “There’s a place at our equivalent of a Wembley cup final at stake here, it’s huge. In fact we used to stage the event at Wembley! Now the season finale has its home in Nottingham and everyone wants to be there not least the home town team – and that’s US!

“Eight teams are left in the hunt for a semi-final place and this weekend is the one everyone has been aiming for all season long.

“We’ve spent the week building up to the matches both home and away this weekend. The team travelled to Scotland yesterday and know six periods stand between them and a shot at season-ending glory!

“The box office suggests there’s a big crowd heading to the game but fans will be able to pay on the door tomorrow in Nottingham and with Block three having been snagged for home fans it means there’s a bit more choice. As ever we advise buying early to avoid disappointment, just call 0843 373 3000, click on the link to buy on-line or pop in to see the box office staff face-to-face.”

We’ve been counting down all week to the biggest weekend with interviews daily on Panthers Radio with Xynomix and on Panthers TV with the GMB:

Chris Stewart told us emotions are running high at what’s the funnest time of the year.

Alex Bolduc spoke of giving the fans something to cheer about.

Ollie Betteridge spoke of the massive role the fans, who’ve been great all year, can play in the second leg at home. He also told us moral is high and practice has been good all week.

Jon Rheault said play-offs are the best time of the year when everyone pushes harder.

Patrick Munson added how excited he was personally. He said the team and himself had been working towards the play-offs all season. He added everything is heightened and everyone is excited.

Robert Farmer said the team will have to be disciplined and having the second leg in Nottingham is huge.

Dylan Olsen was focussed on the tie being played over two games, aggregate score and everyone having to do a job home and away over all six periods.

And coach Rick Strachan summed it up with the line: “OUR ONLY JOB IS TO WIN!”

The home leg is on Sunday at four o’clock.

Whatever the weather outside there’s always a warm welcome at the Panthers!

The louder the roar the bigger the score!

Start the school holidays with a top drawer family sports night out!

The only thing bigger than ice hockey is PLAY-OFF ICE HOCKEY!