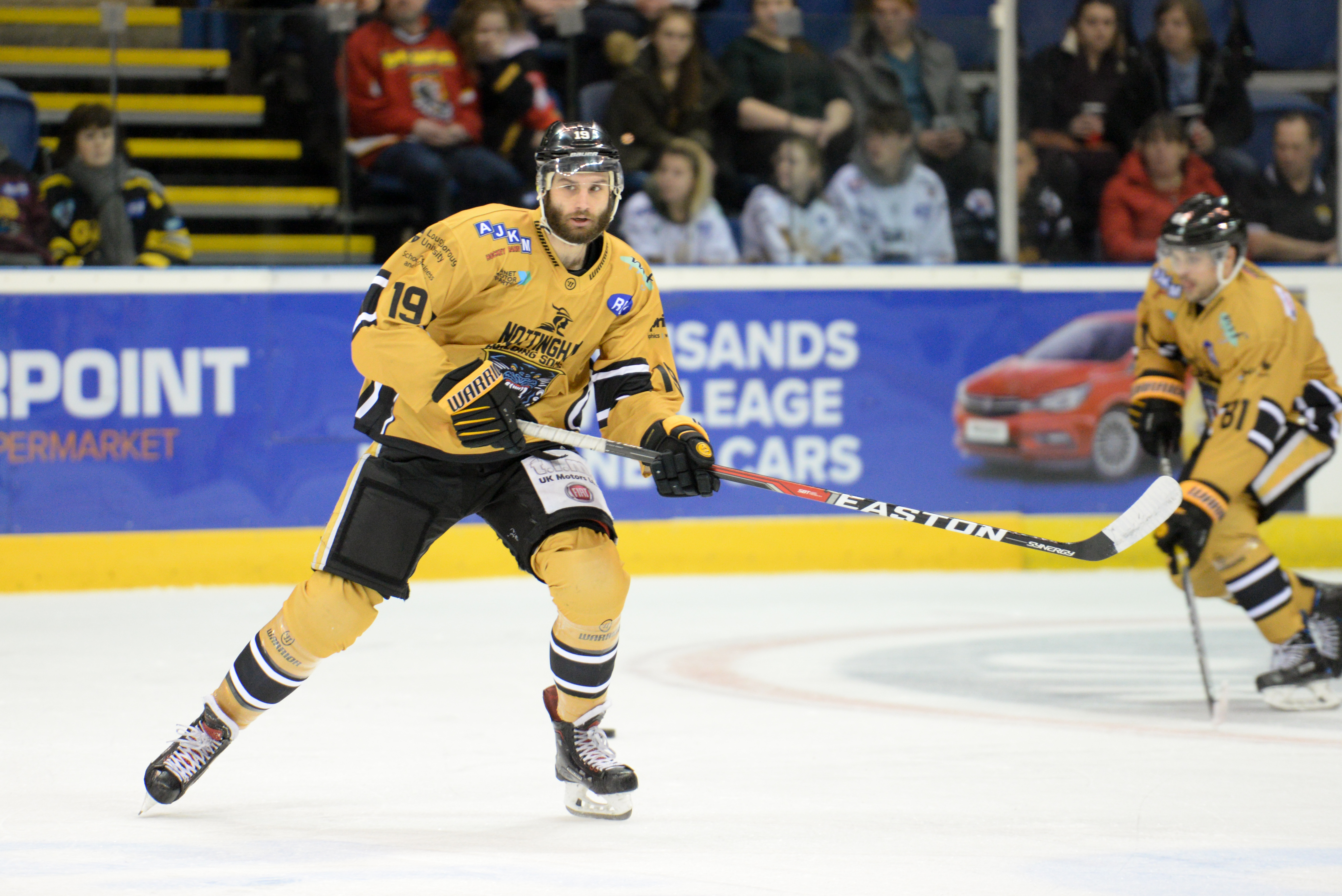 THE NOTTINGHAM Panthers are back in home ice action for the third time in six nights when they take on much-fancied Guildford Flames, with a four o’clock face-off, in Elite League action tomorrow (Sunday).

A dropped point at home to Dundee on Friday night makes the clash all the more important AND it could be a rehearsal for the Challenge Cup semi-finals – last night Glasgow knocked Cardiff out with the Clan booking their own place in the next stage against top seeds Belfast. That means Panthers will face either Guildford or Sheffield who are tied at 4-4 after the first leg in Yorkshire this week.

Asked on Panthers’ Radio with Xynomix who who’d prefer to face in the semi-finals Nottingham head coach Rich Chernomaz said he was concentrating on Sunday’s league game and looking no further forward than that.

The injured players will again be in the foyer before the game for a signing session alongside the sale of the charity calendars and the yearbook and the charity replica shirts on Sunday from 3pm.

Good seats are still available and you will be able to pay on the door. If you want to have more choice buy in advance from the box office, by calling 0843 373 3000 or by clicking on the link to buy on line.

SEE YOU THERE… AS THE PANTHERS AIM TO DOUSE THE FLAMES!