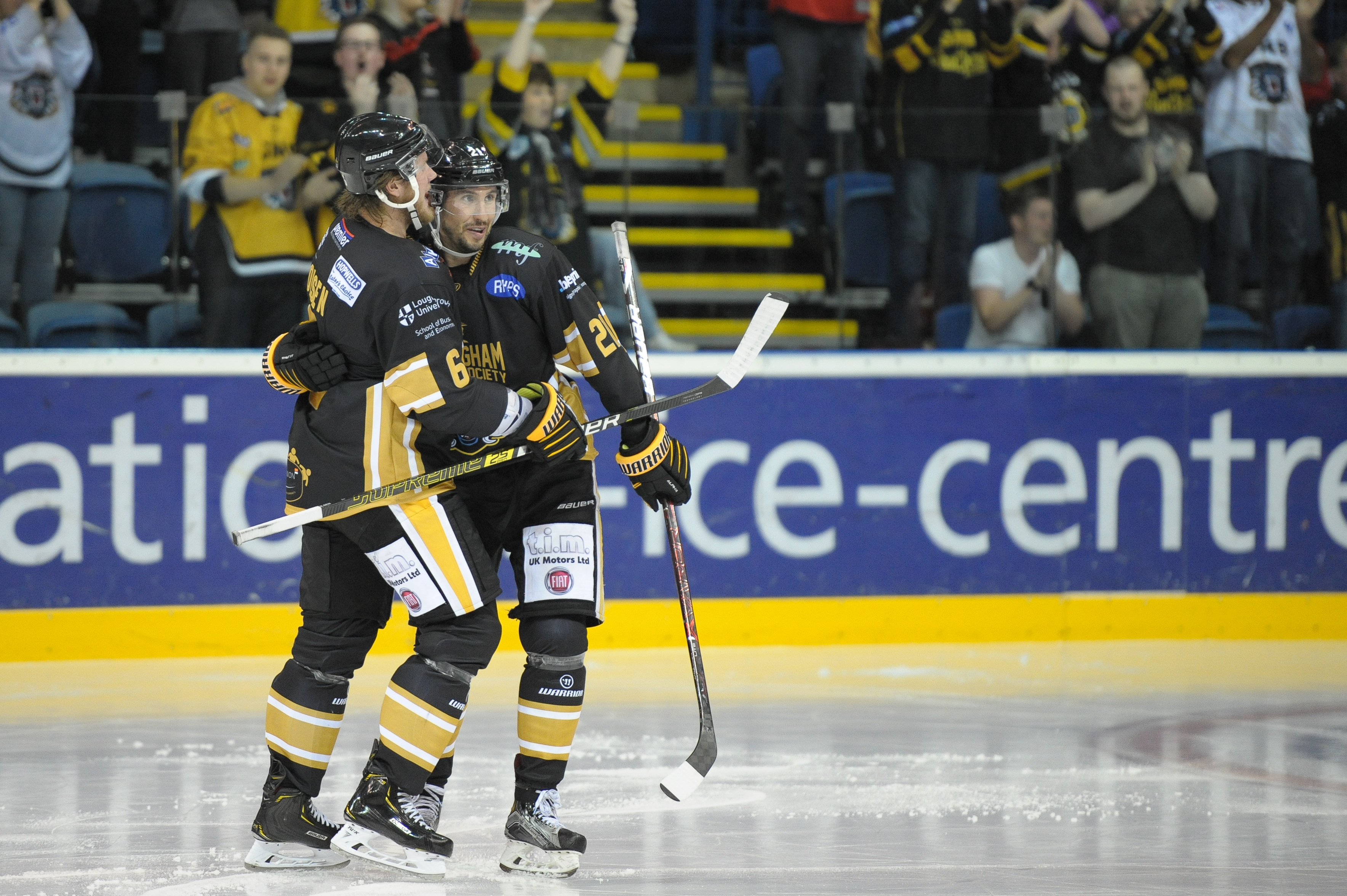 The Nottingham Panthers play the third game of their four game homestand at four o'clock today when the Guildford Flames visit the Motorpoint Arena. The Panthers have gone a perfect 3-0-0 in their games against the Flames this season, all of them taking place in Guildford, and will be looking to continue their dominance of the Surrey side as they look to get back on track after three consecutive league defeats in overtime.

There'll be a familiar face in the Flames line-up tonight as Erik Lindhagen, part of the history making 2016/17 Panthers squad who became the first British team to win a major European trophy when they lifted the Continental Cup in January of 2017, returns to Nottingham for the first time since his summer move down south to Guildford.

Tonight's game is sponsored by Mansfield 103.2 - find out more about, or listen, to them here.

Good seats are still available and you can buy on the door, we recommend purchasing in advance to get the best selection of seats whilst beating the queues. You can book your tickets by clicking the link at the top of the page, visiting the Motorpoint Arena box office or by calling 0843 373 3000.

There's still time to get the perfect stocking stuffer for any Panthers' fan as 2018/19 Yearbooks (£12) and the 2019 'Pucks & Pups' calendars (£11 - featuring animals from RSPCA Radcliffe-on-Trent with all profits going to Autism East Midlands) will be on sale alongside the limited edition festive jerseys (only select sizes remain) from the DVD stand on the concourse.

Jon Rheault & Kevin Henderson will once again be at the merchandise stand on the concourse from when doors open until the puck drops on the first period to sign yearbooks, calendars and jerseys so pop on by even if it's just to say hello.

The ever popular fifty-50 draw will be operation as will the 'Shirt Off His Back' raffle in which you could go home with the gold jersey of #93 Jaynen Rissling. You've got to be in it to win it so get your tickets from the sellers around the arena and the lucky winner will be presented with the jersey, gameworn and sweaty, by Jaynen outside of the Panthers' locker room after the game.

The latest edition of the match night magazine goes on sale for the third time tonight and is available from the sellers around the arena. Pick up your copy, packed with exclusive content you can't find anywhere else - including an Alex Bolduc poster and an interview with Tim Billingsley, for just £3.00. Don't forget the free-to-enter retro playoff jersey draw on page 31, simply fill in your details and hand in to any fifty-50, programme of shirt off his back seller (or post through the Panthers' postbox on the fifty-50 desk) and you could win a Steve Lee or Chris Higgins jersey.