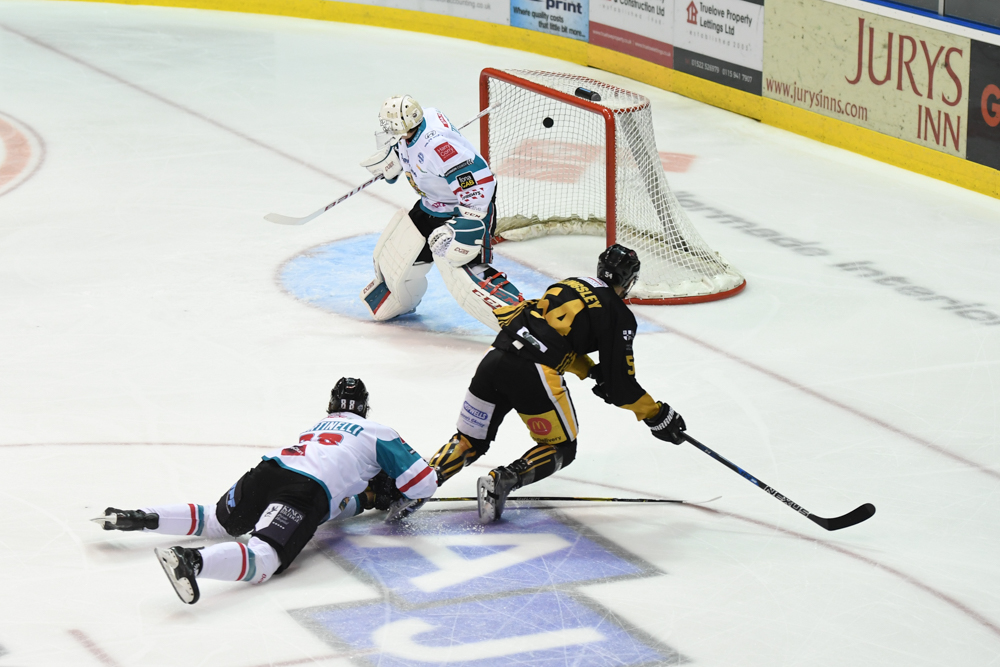 The Nottingham Panthers take on the Belfast Giants tonght looking to avenge their 6-1 defeat in Northern Ireland two weeks ago. That game was the first of five on the road for the Panthers and they went 1-3-1 in that stretch, picking up three points in the process.

Tonight's game, which is the start of a four game homestand for the Panthers, is sponsored by London Camera Exchange Nottingham & Olympus and they've given Paws two 4k action cameras to giveaway during the period breaks.

Sunday is fright night at the Motorpoint Arena, put on your best Halloween fancy dress and send us pictures of yourself at tonight's game to @PanthersIHC on Twitter using #PanthersHalloween. During the second period intermission we'll pick our favourite and the winner will be able to collect their prize (a retro playoff jersey) at the end of the game.

Speaking of retro playoff jerseys their are two more up for grabs in the latest issue of the match night magazine 'Panthers Journal: Issue Four', just tear out the strip on page 31, fill in your details and hand it in to any programme, fifty-50 or SOHB seller (or post it into the Panthers letterbox on the fifty-50 desk) to be in with a chance of winning the jerseys of Robert Lachowicz and Brandon Benedict. The magazine will be on sale all around the concourse and is packed full of things you can't read anywhere else (with features on Alex Guptill, Tyler Biggs and Dylan Olsen), and it's still only three quid!

You could go home with a gameworn jersey from tonight's game in the 'Shirt Off His Back' raffle, Alex Bolduc is pencilled in to be the prize but he missed the overtime defeat in Sheffield last night and is expected to miss tonight's game. If he can't go tonight it will be Team GB MVP Brett Perlini's jersey up for grabs and you'll get to collect it from the man himself outside the locker room after the final hooter.

The popular fifty-50 draw will as always be in operation, get your tickets from the sellers around the arena.

After the game Panthers will be eating meals supplied by the Arena Catering team and Dan Green will be talking live and taking questions from the floor with one of the stars straight after the game in the Encore Bar.