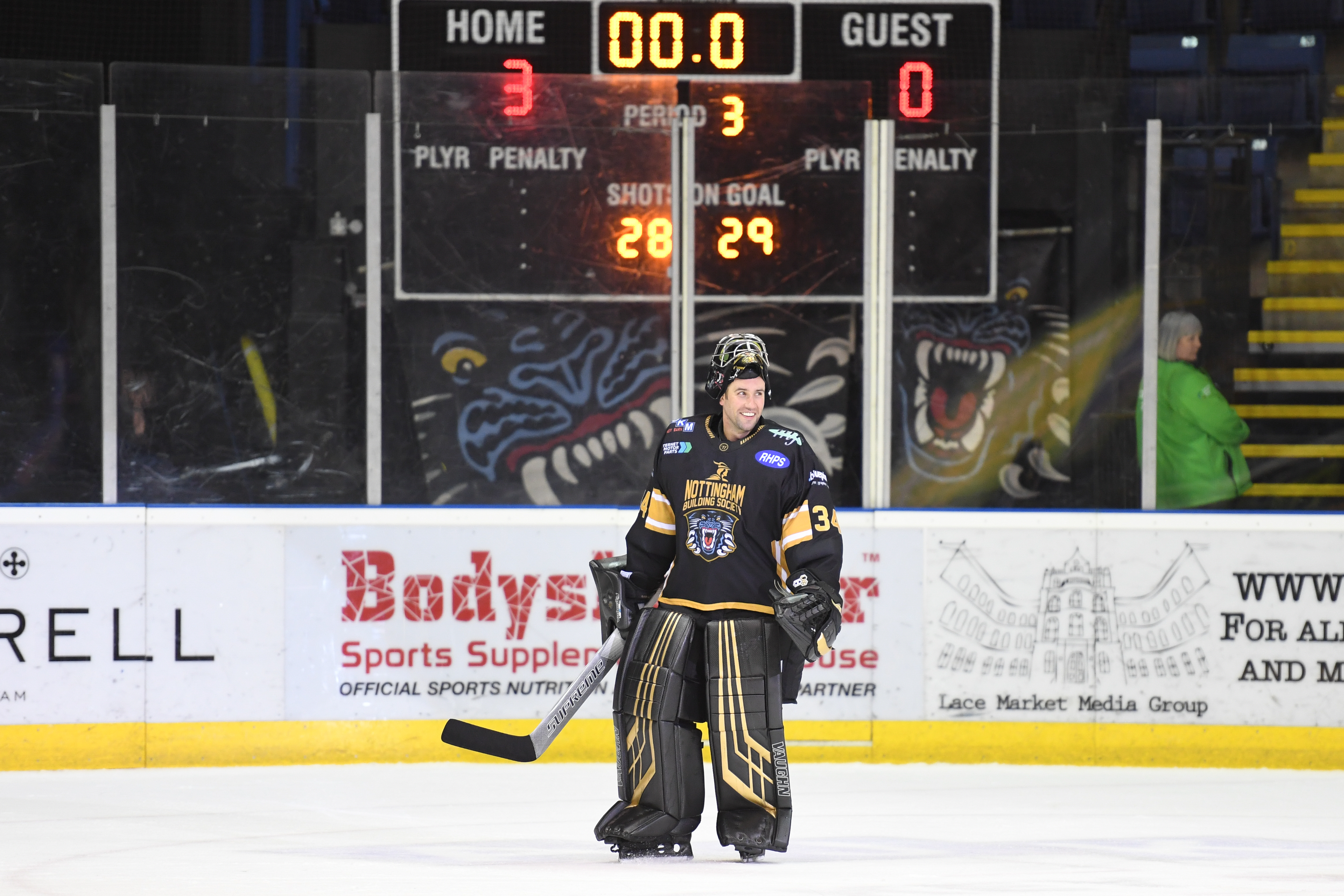 The box office reports good seats are still available for both vital games this weekend when THE NOTTINGHAM Panthers are at home to Manchester and Dundee.

Panthers are within a cat’s whisker of qualifying for the end-of-season play-offs.

Results elsewhere could get Panthers over the line, but there’s a growing feeling in the Nottingham camp that the target of finishing third in the standings is achievable.

If Nottingham can climb up the ladder, it will increase the chances of playing in European competition next season, but first things first and the games this weekend could see Nottingham pick up the points they need to mathematically guarantee an extended domestic season into the knock-out play-offs.

Self-confessed league bad boys – the Manchester Storm – are in town on Saturday night in a match that is not included on season tickets. That game faces off at seven o’clock.

On Sunday, Dundee make their second visit in eight days to Nottingham. They played their part in an exciting game last weekend, but were beaten by Panthers and will be looking to exact revenge.

Nottingham meanwhile are vowing that’s not going to happen.

Call the box office on 0843 373 3000, visit the box office or click on the link to buy on-line and you can be there as Panthers bid for what would be a vital four point haul at home this weekend.

THE LOUDER THE ROAR….THE BIGGER THE SCORE.