Panthers will always be in my heart - Cam Janssen 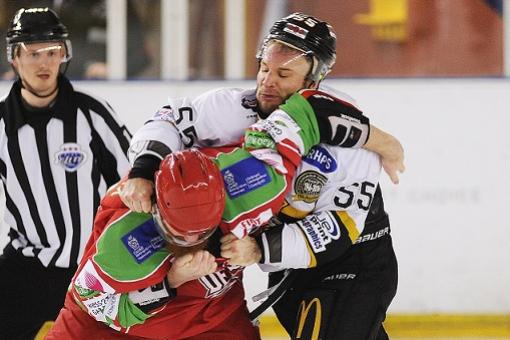 As promised double-winning Cam Janssen has sent a message to the fans of the GMB Nottingham Panthers after it was revealed he would not be back after all. A two-year deal was in place for the charismatic forward to return to the Panthers where the organisation and the fans had taken him to their hearts. But a chance to take up a broadcasting career in America alongside other considerations led the former NHL tough-guy to make the difficult decision to stay in North America. Panthers wish him well. Head coach Corey Neilson has a wish-list of replacements already sorted out and is working on the recruitment front for a forward AND the last defenceman. Meanwhile, as promised when the news of Cam's departure was announced on Friday, he has been in touch with an emotional message for the fans in Nottingham which reads: "Before I start this new chapter in my life, I must get something off my chest. "The memories I have made this past year in Nottingham will forever be embedded into my soul. "From the moment they announced my name and I stepped onto the ice, to my first goal, or even the first time I dropped my gloves, the energy I felt from our devoted fans is an unexplainable feeling that still give me chills to this day. "Although my retirement is not official, my mind would be at ease knowing that I held up a trophy in my last game celebrating with all you Panther fans. "Wow! What a ride you guys gave me.....truly unforgettable.... Love you all," Cam Janssen 55