Petr Kalus to debut Saturday against Dundee - cleared to play 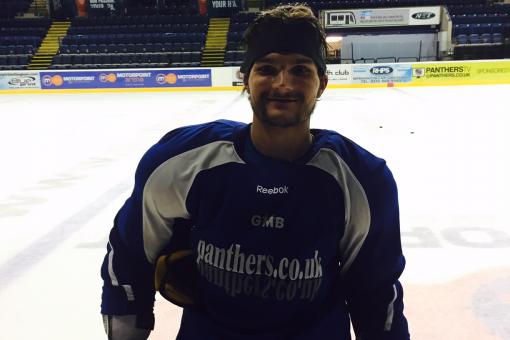 Petr Kalus is in Nottingham, he trained with the Panthers today and he has been cleared to debut in the home game against Dundee tomorrow (Saturday) at seven o'clock. The former Boston Bruin flew in from his home in the Czech Republic yesterday and headed straight to Nottingham. Meanwhile the paperwork has been finalised and he has been cleared to play this weekend by the hockey authorities. Petr helped Panthers win the Challenge Cup in season 2013-14 and he told Panthers Radio with Xynomix he's thrilled to be back and when he walked in to training today it was as if he'd never been away. HEAR PETR RIGHT NOW....JUST CLICK ON THE LINK ON THE RIGHT.