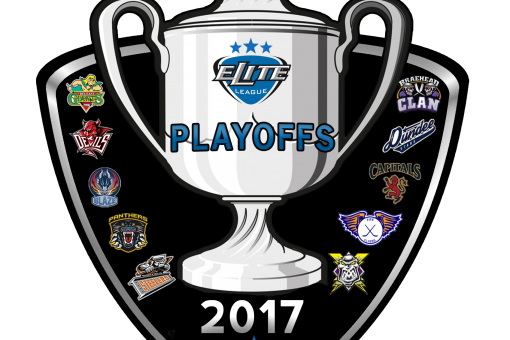 The line-up for the Elite League quarter-finals is no clearer after the weekend action as the Elite League standings are still in a state of flux. The standings will determine who plays who, and when, in the end of season play-off quarter-finals. The top eight teams make the play-offs and that already includes the GMB Nottingham Panthers. The match-ups are set on the basis of one versus eight, two versus seven, three versus six and four versus five. The league winners take first seed and the winner of the other conference (Gardiner Conference this year) is automatically seeded second. The higher seed can choose whether to play the first or second leg of the aggregate-score two-match series at home. We’re keeping an eye on the way the standings are developing but the likely opponents have indicated different preferred options on dates so we will have to wait and see what happens. If the GMB Panthers faces Belfast Giants in the quarter-finals the away leg will be on Saturday April 1st with the home leg the next night in Nottingham on the Sunday (2nd) BUT if Panthers face the Sheffield Steelers the home leg would be on the Saturday and the second leg would be in Sheffield on the Sunday. These are the two most likely options but there are still several games to go before a final conclusion can be reached. In the meantime the box office is getting set up to cope with the home leg on EITHER the Saturday OR the Sunday of the quarter-finals weekend on April 1st and 2nd. We’ll make more announcements as soon as we know, in the meantime please make a note in your diaries of the weekend of April 1st and 2nd. It’s going to be another big weekend for the GMB Nottingham Panthers!